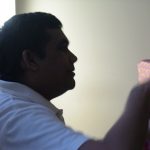 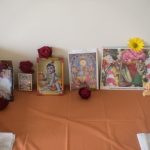 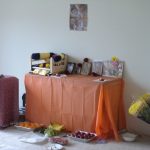 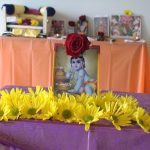 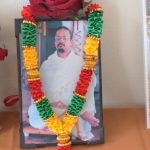 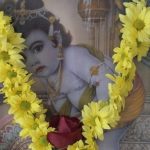 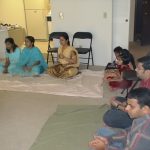 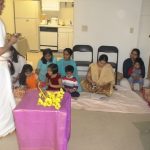 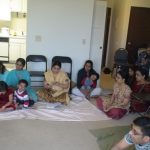 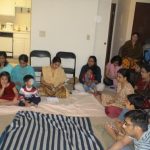 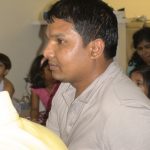 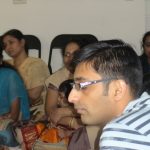 An Akhanda Mahamantra Sankirtan for peace and prosperity of the society and world at large was organized at the residence of Sri Madan Ramakrishnan in the Boston area on Saturday, April 11th, 2009.   The Sankirtan started at 9:00 am and went on continuously until 6:00 pm.  Devotees from various places like Nashua NH, Plainville, Woburn, Cambridge and Malden participated in the Nama Yagna.

At 6:00 pm, the Akhanda Nama concluded with Sri Swamiji’s “Kaliyayum Bali Kollum…” Kirtan.  Then a few devotees sang Bhajans.  This was followed by a talk by Sri Narayanan.  The following is the message conveyed in the talk.

‘Spirituality is a nothing but a constant quest for eternal bliss. All of us are inherently spiritual because, we all strive to attain that bliss, knowingly or unknowingly.  Religion shows us the path to that bliss. Of all the religions, our Sanatana Dharma, which is truly a way of life, is one of the most practical and scientific.   While the Lord is the same, the ways and means to attain Him keep changing over time, just like our way of life changes from generation to generation.  For this yuga, Nama Sankirtan is prescribed as the easiest path to attain the Divine.   The “Hare Rama..” Mahamantra, as quoted by our Upanishads, is the elixir to all our problems in this Kali Yuga. To quote Swami Abhedananta, when this Divine Name is chanted in a house,  it becomes a shrine by itself and the Lord resides there permanently.’

Quoting a few incidents, he also established the potency of prayers with the Mahamantra and said how mass prayers can truly invoke the grace of the Almighty and change things for the better.