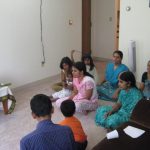 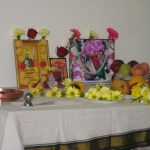 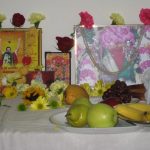 A Nama Sankirtan satsang was performed at the reisdence of Mrs. Ranjani Rajashekar and Sri Rajashekar at their new residence in Mansfield MA on the Ekadasi day – Saturday, 18th July, 2009.

Mahamantra Kirtan was followed by a few Bhajans and then followed Kunti Stuti recital from Srimad Bhagavatam.

The satsang concluded with Prasad.