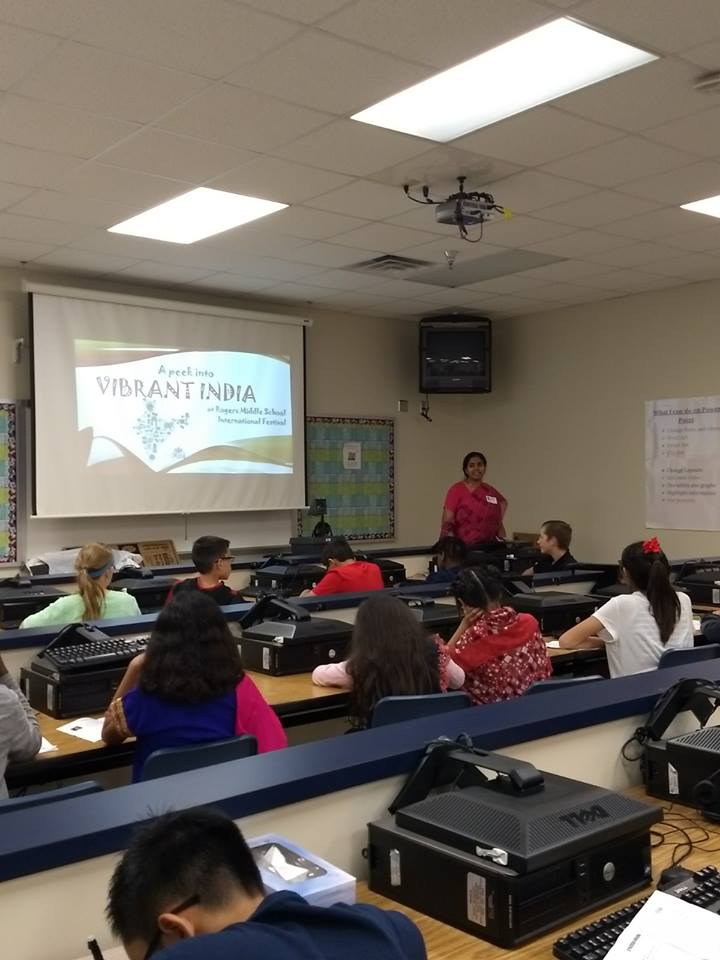 On May 24, at Rogers Middle School’s International Festival in Pearland TX (Houston area), G.O.D. Houston volunteer Nisha Giri was invited to make a presentation about India to 5th graders. She spoke about India’s colorful diversity in languages, food, clothes, landscapes, religions, and more, to four different 5th grade classes. Many children were very enthusiastic in learning about India and Indian culture and asked many questions. One of the classes even asked her to sing the Indian national anthem. At the end of each presentation, the children learned to draw a “pulli kolam” (rangoli pattern drawn around symmetrical dots).

Later in the evening, the International Festival was opened to the community and public. G.O.D. volunteers managed the “sari wrapping” booth and a booth for rangoli activities. Many children and parents tried on a sari and Indian jewelry and took pictures. The school principal also enjoyed wearing a sari. The Honorable Mayor of Pearland Mr. Tom Reid also visited the booth.

It was a fun day for everyone, where children got to learn about different world cultures. 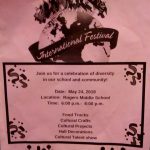 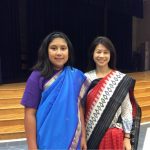 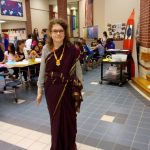 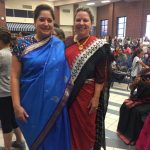 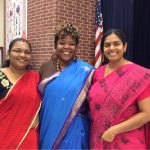 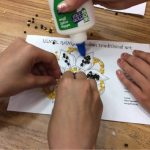 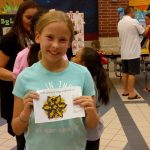 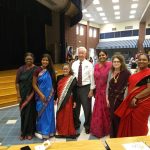 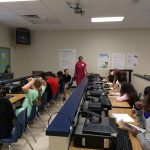 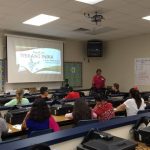 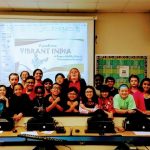