On October 3 2014, the Gopa Kuteeram of Quincy MA celebrated its third anniversary in the presence of Sri Ramanujamji.

The evening started with Gopa Kuteeram children staging a beautiful play on Sudama’s story. This underlined the importance of Guru Krupa and Guru Mahima. This was followed by a play on ‘Bhakta Meera’ by children. About 60 children participated in the Meera play which brought out the devotion of Meera.

Sri Ramanujamji addressed the 150+ devotees gathered there and spoke about the significance of enacting from the lives of the Lord and His Devotees. Then he spoke on the importance of prayers and the science of prayers. Underlining the importance of humility and gratitude, he led the Mass prayer with Mahamantra Kirtan. All the devotees prayed in unison chanting the divine Mahamantra with prayers in their minds.

The event concluded with recognizing the children and prasad. 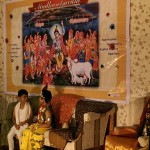 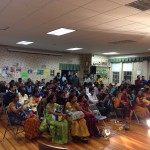 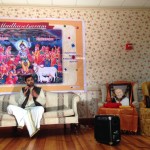 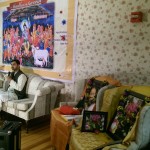 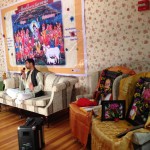 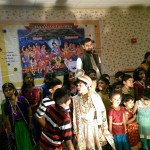 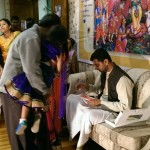