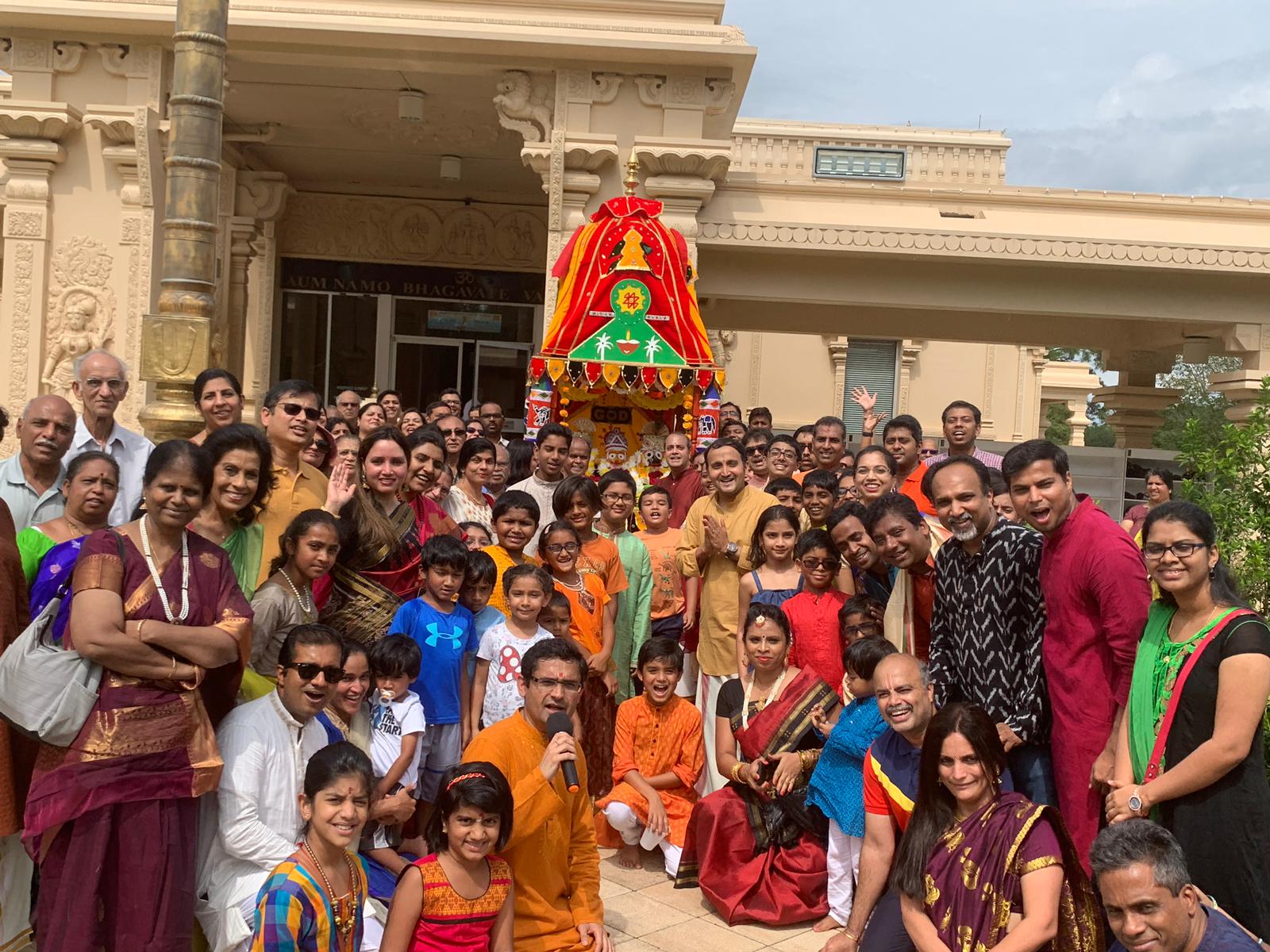 By the bountiful grace of Sri Guru Maharaj and Madhuri Sakhi/Premika Varadan, the second Sri Jagannath Rath yatra was successful too. The Rath yatra was conducted on August 17th at Casselberry Hindu temple. In comparison to last year, we saw more participation and involvement from regional communities in celebrating the auspicious event.

The devotees made three rounds of the rath around the temple in the midst of Mahamantra, kirtans and kolattam dance. Later, Sri Jagannath Parivaar was taken inside the temple and devotees offered classical dance and several kirtans including Astapadis, Madhurageetams, Abhangs, and Oriya bhajans.  The event came to a grand close with an offering of the Chappan Bhog to Bhagwan followed by Mahaprasad. We pray Guru Maharaj and Jagganath Parivaar to bless us with more and more grander rath yatras in the years to come. 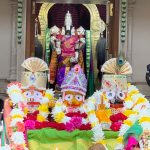 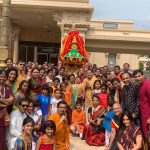