After a successful staging of ‘Radhe Radhe: A Story of Love for the Supreme’ and ‘Bhakti Sugandham: The Fragrance of Devotion’ in the last couple of years, by the divine grace of Sri Swamiji His Holiness Sri Sri Muralidhara Swamiji,   Minneapolis G.O.D Chapter collaborated with another dance school and artist par excellence and on top of all, a devotee of Sri Swamiji, Smt. Kripa Baskaran of Wisconsin and brought a slice of India’s rich cultural heritage in the form of ‘Shri Rama Kathasudha: Saga of Steadfast Dharma and Devotion’, a multi-genre classical dance ballet on Sunday June 19th, 2016 to our audience in the Twin Cities and beyond!

Produced by Global Organization for Divinity, USA, this event was premiered as an ‘Intercultural Exchange’ in the Smithsonian’s “Beyond Bollywood” exhibit in collaboration with the Minnesota Historical Society at 3M Auditorium which involved artists from diverse cultural, religious and communal backgrounds and aimed to convey the message of ‘Universal Love’. Shri Poornimaji has attended this event as a chief guest as part of our USA trip this year.

This two and half hour houseful dance ballet is a theatrical representation of the Indian epic Ramayana, fused in an English narrative, vibrant classical Indian dance forms and enthralling musical compositions of of one of India’s great saints of the early 18th century, Oothukkadu Venkata Kavi and our Guru Maharaj to enunciate the greatness of the Supreme Hindu God and His Divine Name, Rama. Together, it featured almost 50 seasoned dancers, teachers and artists from noted institutions of classical dance (Bharatanatyam and Kuchipudi) in our very own Twin Cities and senior artists from Wisconsin, Houston, Dallas, Chicago, Atlanta and Seattle. The orchestra featured ‘live’ music by extraordinary musicians across the United States.

As G.O.D does one fundraising campaign each year, using the medium of divine, classical dance and music (and allied small endeavors during the March-June timeframe) to raise funds for our beloved cause, to lend a helping hand to the work that our organization has undertaken, inspired by the teachings and principles of our Guru Maharaj, the proceeds from this endeavor will benefit two noteworthy charities.

1. ‘Breaking Free’ – A local Minnesota campaign that does incredible work to aid and provide rehabilitation of victims of sex trafficking in the state of Minnesota.

2. The construction and support of a charitable medical facility for the underprivileged and poor in Govindapuram, Southern India.

This ballet has delighted the audience with its spiritual, musical as well as visual grace and beauty! The event helped in unfolding pearls of timeless wisdom from the legendary

epic! At the end, Shri Poornimaji has answered various questions the audience had about the epic Ramayana. We extend our heartfelt thanks to each and everyone who has supported this production endeavor. 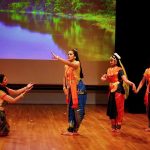 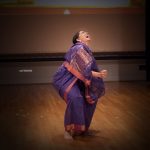 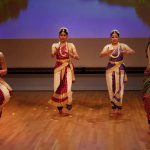 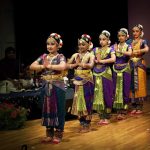 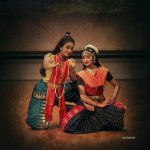 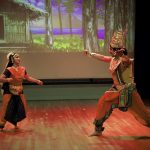 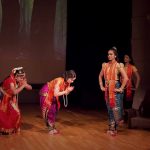 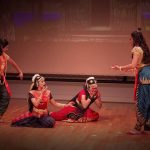 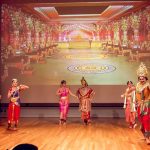 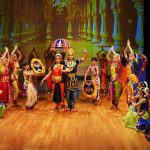 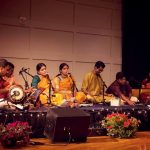 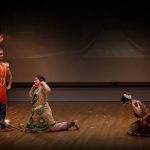 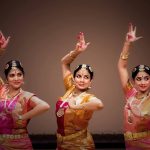 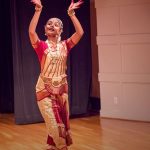 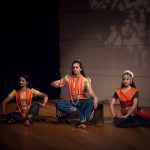 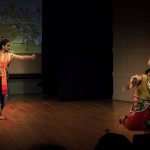 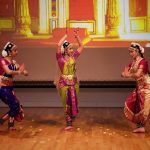 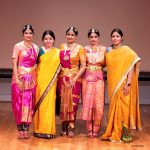 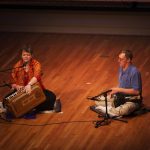 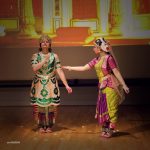 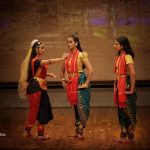 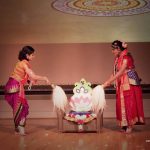 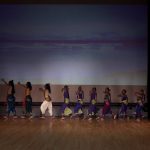 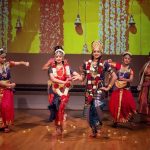 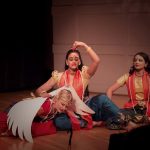 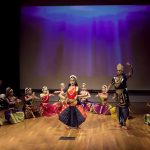