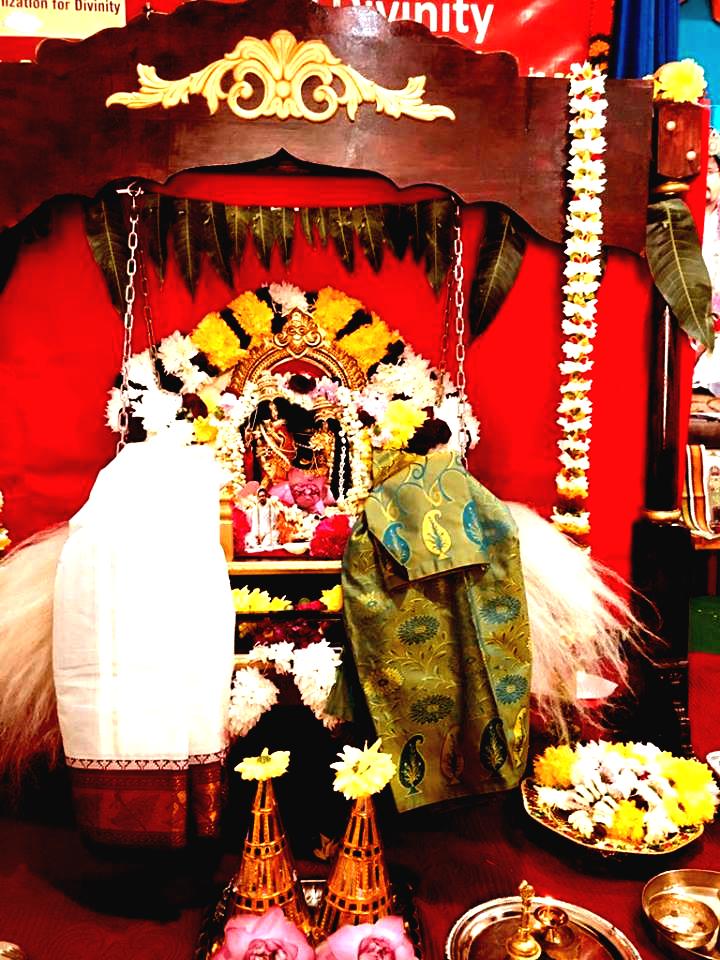 With the causeless mercy of Sri Swamiji and Sri Madhuri Sakhi Samedha Sri Premika Varada ThakurJi, Virginia Namadwaar was blessed to celebrate Sri Rama Navami Utsav with Sri Ramuji, and listen to a four day lecture series on Practical path to happiness in the current age. We had Five days Sundarakandam parayanam in the mornings starting on Monday 19th march 2018.

We welcomed Sri Ramanujamji on Thursday, March 22nd and were very eager to listen to his lectures and celebrate the utsav with him. Thursday evening we started the satsang with Maha mantra nama Sankirtan. Around 6.45 Sri Ramanujamji started his lecture and explained about the nama Mahima through the precious work of our Guruji, the “kali ka be karen samhar”(Hindi version of Kaliyayum kirtan) he explained in detail about the meaning of the first few verses on Thursday, which left the audience wanting to hear more verses. The satsang ended with dolothsav and Mangala arthi.

On Friday, March 23rd morning, we had the poorthi of Sundarakandam parayanam. The satsang was concluded with Madhura Geethams and Arthi. Evening the satsang started with the Maha mantra kirtan. Sri Ramanujamji had asked our satsang children to explain the meaning of the first eight verses of Kaliyayum kirtan. Mahima Murali, Madhuri Murali, Jai Raman and Rithwik Raman explained 2 verses each. they were well prepared and did an excellent job. Sri Ramanujamji and all present enjoyed the presentation. The second day of the lecture series started following the children’s presentation. He gave a detailed insight about this Kali yuga and importance of mahans avatarams referencing several verses from Srimad Bagawatham. He further explained the meaning of few more verses of the kirtan. The satsang concluded with Mangala Arthi.

On Saturday, March 24th morning we had the Nikunjotsav, the Jhula Seva where the divine couple were placed in a well decorated swing. We had the vocal concert of Kum.Ajitha Bala. She was well accompanied by her mother Smt. Lalitha Bala on the veena and Sri.Satyagopal, a senior mirudangam vidwan. It was a euphonious concert rendered with perfection. The audience were enthralled listening to her dulcet voice. It was a perfect choice of songs from her repertoire for our divine couple. Sri Ramanujamji continued his lecture for the third day. He explained in detail about bhakthi and love the divine couple, the father and mother of the universe have for us, narrating some touching incidents from the life of various mahatmas. The satsang concluded with mangala arthi.

It was an exciting Sunday morning at Virginia Namadwaar. As the Divine couple were decorated and prepared for their wedding, the kids were eager and enthusiastic as they were about to perform the wedding for their own Lordships. The Gopakuteeram kids have been awaiting this day for they were preparing and decorating various items needed for the wedding. The satsang started with dhyana slokas and thodaya Mangalam. Various Guru kirtans, Sampradaya kirtans, Ashtapathis and Madhurageethams were rendered. The kids performed archana to their lordships as Rama ashtotram and Lakshmi ashtotram was read. Seetha kalyana pravaram, choornikai and mangalashtakam was also read. This was followed by the mangalya dharanam . The satsang concluded with prayer kirtan and mangala arthi. Lunch maha prasad was served. Over25+ children eagerly participated and everybody who attended the wedding felt blessed.

Sunday evening was the concluding day of the lecture series and Anjaneya Utsav. It was celebrated in the Avington subdivision in Glen Allen. (Residence of Smt.VidhyaJi and Sri.BalajiJi).The devotees recited the Hanuman chalisa thrice. Sri Ramanujamji lit the lamps and the devotees were chanting “Rama” nama and the entire hall was reverberating the divine name. the devotees were entranced while chanting. This was followed by a lively lecture of Sri Ramanujamji extolling the Nama mahimai. He narrated the incidents from the life various devotees. All of them present there could relate and feel the connect after the chanting session. The satsang concluded with mangala arthi.

It was a blissful four day utsav with Sri Ramanujamji. Koodi koodi vaazhndhiduvom aadi paadi kalithiduvom…kallam illa bagawatha darmathile vaazhndhiduvom…Anantha koti pranams to the lotus feet of Sri Guruji for blessing us with this satsang and prayers for more and more such satsangs in future. 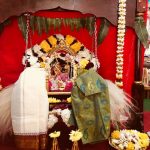 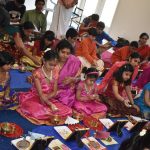 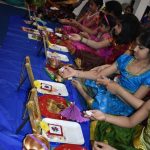 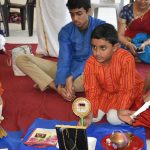 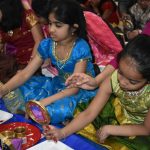 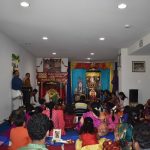 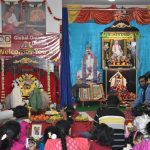 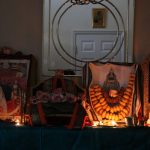 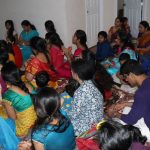 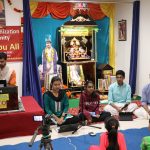 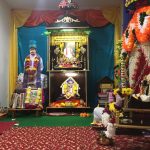 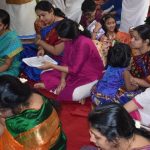 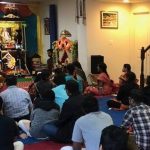 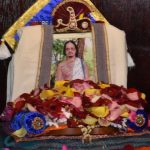 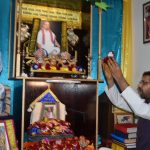 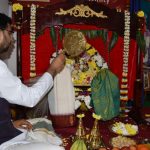 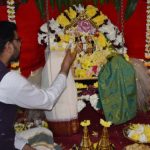 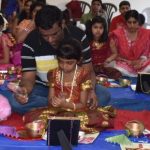 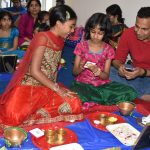