By the immense grace of Sri Swamiji, a joyous Vasantha Utsav ( festival of spring) was celebrated in Dallas-Fortworth area during the last week of May 2015. Sri.Poornimaji started her wonderful discourse series with Kuchelo-upakyanam at Sri.Venkat and Smt. Shruthi’s residence on May 22nd 2015, followed by Ambareesha charitram at Sri.Ravi and Smt.Nandini’s residence on May 23rd 2015. On May 24th 2015 a Mass Mahamantra Prayer session was organized by G.O.D Dallas chapter along with Nepalese Society of Texas at Nepal Spiritual and Cultural Center led by Sri.Poornimaji and hundreds of devotees prayed for the earthquake affected brothers and sisters of Nepal.

The official start of Vasantha utsavam was initiated by Sri.Krishnamurthyji at DFW temple, followed by a string puppet show by Dallas wing of Dancing Peacock Puppet Company and Sri.Poornimaji gave the taste of Ramayana by elaborating the birth of the Adikaavya and the greatness of Maharishi Valmiki.
On the second day of the Utsav, Sri.Poornimaji gave a vivid description of Sabari, how she lived and attained a Guru and her ultimate Gurubakthi. Sri.Poornimaji made everyone realize that with steadfast faith in Guru and Rama Nama mere mortals can even reach the greatest abodes.
Third day of Utsav started off with the rendition of Thodayamangalam and Ashtapadis by Dallas G.O.D satsang children. Sri.Poornimaji started the discourse with the description about the six steps of total surrender (Sharanagathi) to the Ultimate Lord. Sri.Poornimaji talked about the unconditional love of Bharatha and Vibeeshana for the Lord which made them totally surrender unto His feet.

The evening of May 30th started with Dallas G.O.D satsang children singing Sri Swamiji’s Kirtans, followed by the Annual day celebrations of Gopa kuteeram –Frisco Children. The children sang Madhurashtakam,Krishnashtakam,Bhajans,and performed Kolattam, which captivated the audience.The children received certificates from Sri.Poornimaji.
Poornimaji started off the discourse by explaining how Sundara Kand got its name. Everything about Rama and Ramayana is beautiful, and the other name for Lord Hanuman is Sundara ( Beautiful), hence the name. Sri.Poornimaji transported the devotees to the forest of Kishkinda and made each and every one a part of the monkey army, and everyone chanted Rama Nama to give strength to Hanuman to cross the ocean and find Sita matha. The day culminated with Lord Hanuman reaching Lanka, and the rest of the story was to be continued the next day.
The last day of the Vasantha utsav started off with Annual day celebrations of Plano Gopa kuteeram children. Sri.Poornimaji and the audience were captivated by the excellent presentation of the children. The Gopa kuteeram children and Dallas G.O.D satsang children were presented with certificate, and the Gopa kuteeram teachers were recognized by Sri.Poornimaji.
Sri.Poornimaji expounded on the rest of Sundara Kand which filled the hearts and souls with Rama bakthi and desire for Rama Nama. She recounted the episodes of Ashoka Vana where mother Sita was kept as a captive, and how Lord Hanuman recognized her and fulfilled Lord Rama’s wish.
The Vasantha Utsav was a grand celebration filled with pure love and bhakthi for the Lord, which could make one cross even this ocean of samsara. Rama Nama is all one need to hold on to in this tumultuous waters and it will surely guide through life’s turmoil to safety.
The temple Hall was filled with devotees on all days with close to 200 devotees attending each day. The Dallas Hindu Temple were very supportive and helpful in conducting this Utsav in a grand manner and dinner Mahaprasad was sponsored by Sri.S.P.Krishnamoorthyji on all the days. 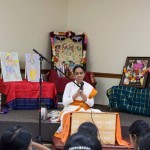 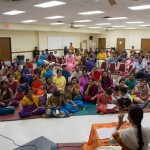 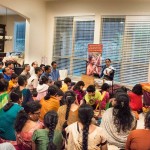 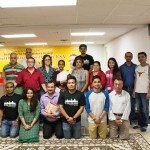 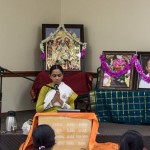 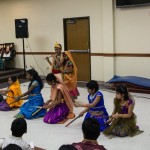 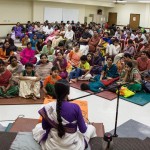 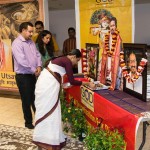 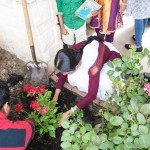 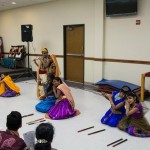 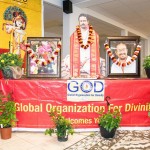 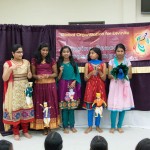 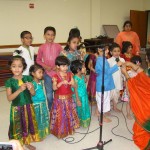 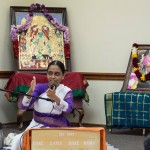 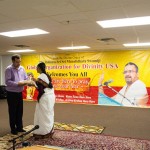 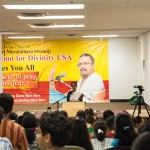 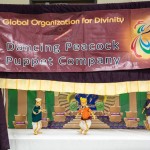 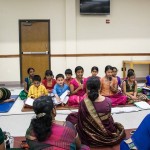 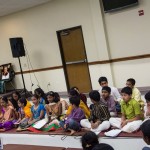 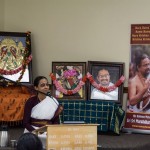 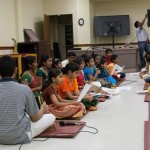 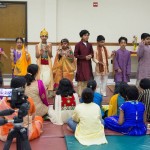 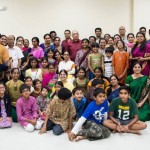 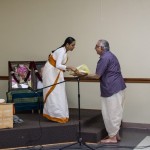 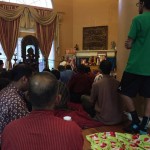 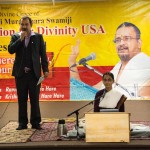 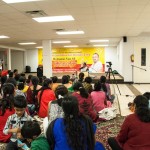