The Mahamantra: Words that can Solve ANY Issue!

Rakesh was simple 13-year-old boy who loved to tinker with electronics. He loved to take things apart and put them back together again.

Rakesh however did not show any interest in his studies, which his stepmother always pushed him to do. His dad however, let him follow his passion of tinkering with electronics. 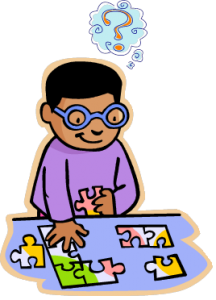 Like his mother, who had passed away, Rakesh was a very big devotee of Lord Krishna. Unlike other kids of his age who would sing movie songs, Rakesh would chant the Mahamantra. Perhaps this was one reason he seldom made mistakes while doing his projects, apart from being able to be very focused on his work.

One day, he was taking apart a DVD player. His dad was out of town and his step-mother would be late from work. It was late in the night and something didn’t seem right as he was putting the DVD player back together. If he didn’t put it back correctly and quickly he was going to be in BIG trouble because his stepmother had bought this DVD player with her first month’s salary.

Rakesh tried all the possibilities, but nothing worked. Rakesh didn’t know what to do and went to the pooja room, knelt before Lord Sri Krishna and began chanting the Mahamantra. Tears filled up his eyes as he thought of the consequences and his beloved father’s face when he saw this broken DVD player. Rakesh didn’t know what to do! He slowly fell asleep as he chanted, since it was 11:30pm by then.

That night he dreamed of the day they got the DVD player and went out for dinner to his favorite restaurant. He dreamed of watching a movie in his own house, his eyes big because, until then, he had never even heard of movies that could come to your house. He woke up right then and smiled to him-self about that day.

His stepmother’s hard work had been ruined now all because of him. He realized then that he had fallen asleep right in front of the Lord and got up to get himself some water. Then a thought struck him and he froze right there for a moment.

Sure enough, the manual helped him fix the DVD player in no time. He had an epiphany right then. He had remembered the manual because of the dream and the only reason he could have had that particular dream was because he prayed to Sri Krishna. Until then he had not remembered the manual. He cleaned up and thanked the Lord with his full heart, and how? By simply chanting the Mahamantra again:

–Dedicated to all my friends in Holland. Our wonderful memories together will never be forgotten.

12-year-old Deepika recently moved to Houston, TX from Holland, MI. She and her little brother are active Gopa Kuteeram participants in both Holland and Houston.

2 Responses to "The Mahamantra: Words that can Solve ANY Issue!"