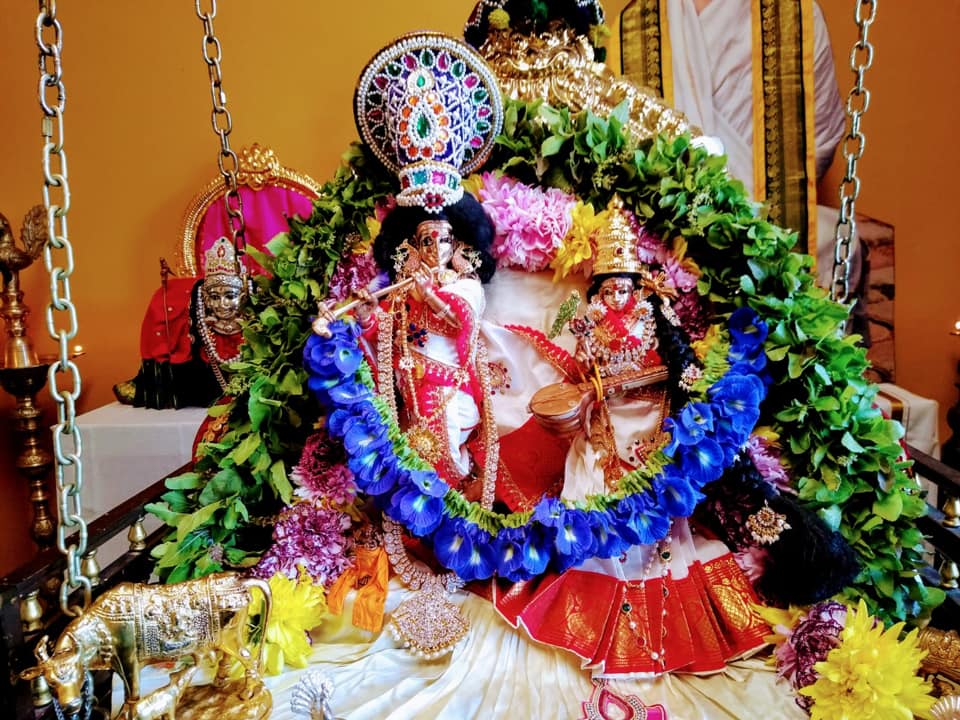 Saraswati Pooja was celebrated at Houston Namadwaar on Sun October 6 2019. Gopa Kuteeram students and other devotee children placed their books and musical instruments in front of Sri Premika Varadan-Madhuri Sakhi. Sri Ramaswamyji led the children in chanting Saraswati slokas and Mahamantra. After the prayer, children who are learning to play musical instruments offered seva of a song each to Sri Premika Varadan-Madhuri Sakhi. Finally, children of the Krishna’s Cottage youth bhajan group sang a mangalam song together. These children also received their new books for the year on this auspicious day.

On Monday October 7 2019, Vijayadasami was celebrated with lighting a ‘thinai deepam’ and special prasad for Sri Srinivasa Perumal as it was also the day of Shravana nakshatra in the auspicious Purattasi month. Mahamantra was chanted and Ashtapadi renditions (which had been ongoing through the nine days of Navaratri) was completed. A brief Radha Kalyanam celebration was also performed. It was a joyful satsang marking new beginnings on Vijayadasami. 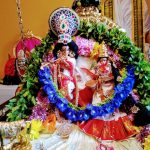