By the benign grace of Sri Swamiji, Guru Poornima was celebrated in Namadwaar in all glory in Houston Namadwaar on Saturday, July 8th 2017. About 40 people joined in the satsang and received abundant blessings by offering puja to Sri Swamiji’s Divine Padukas on this most auspicious day.

The Satsang started with the parayana of Guru Mahima from the 8th canto 24th chapter (matsyAvataram) slokas which exemplifies the glory of the Guru. The parayana was followed by an abhang bhajan on Guru Mahima. This sequence (8.24 chapter guru mahima parayana, followed by abhang) continued for 6 times. Following this, Sriram ji gave a short pravachan on the importance of Guru in our lives. All satsang families then had the blessing to write a special prayer and offer it to Sri Swamiji’s Padukas along with pushpa-varsham (shower of flowers).

The satsang concluded with the release of the Reality Retreat Meditation app on both iOS and Android, by the benign grace of the Guru. 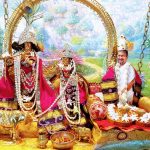 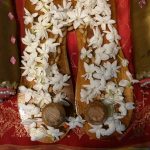 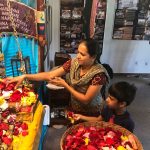 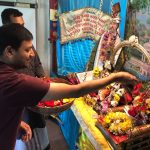 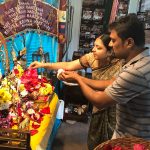