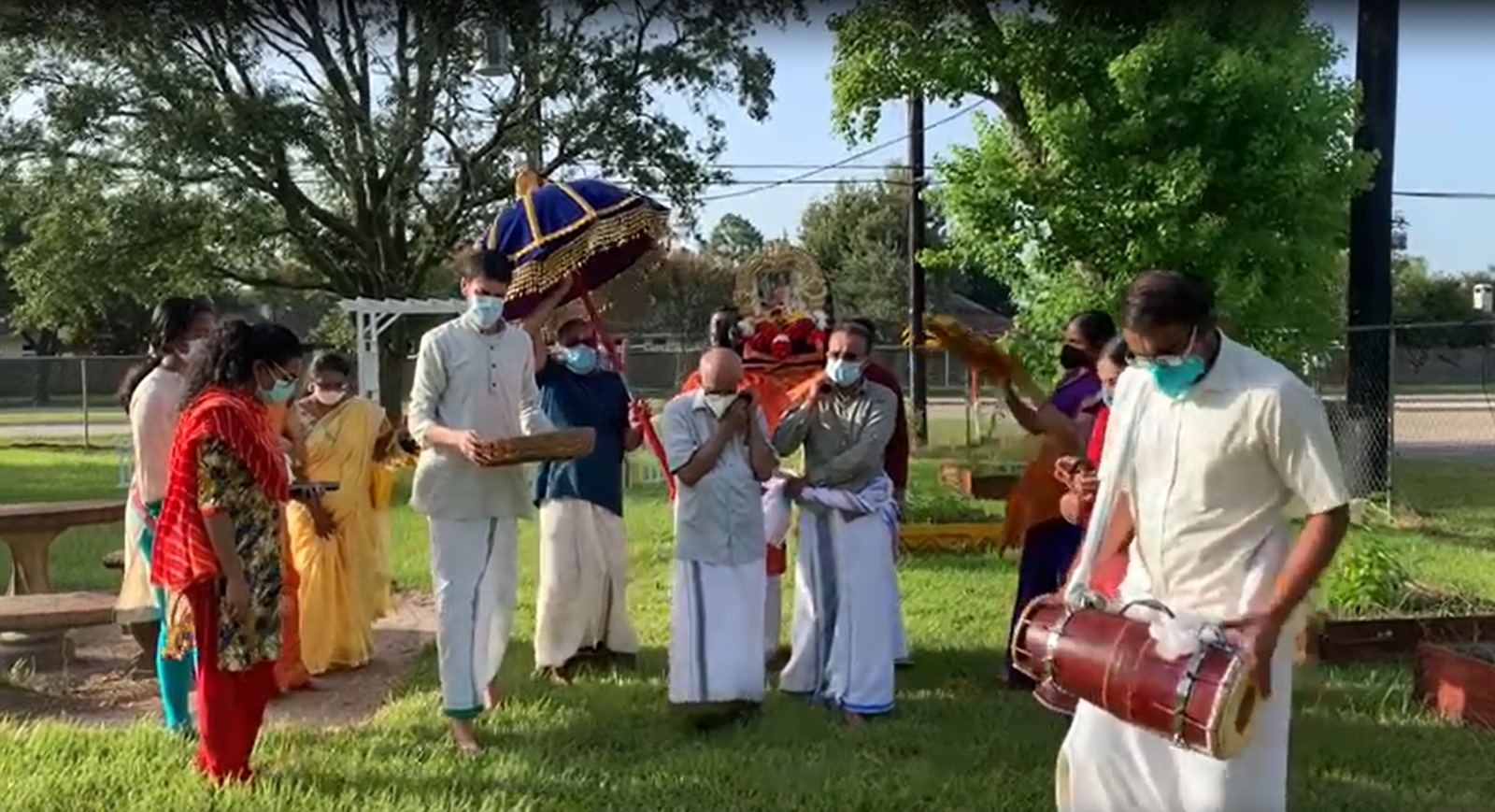 While this July at Houston Namadwaar did not bring many big satsangs, it did bring the auspicious day of Guru Poornima. A grand satsang was held to commemorate this day on July 23rd. The celebrations included a Bhagavata Saptaham starting on July 17th. Each day, about seven to eight devotees from the greater Houston area joined the parayanam.

On the 23rd, during the Saptaha Poorthi, a special Thirumanjanam and Abhishekam of the holy Padukas was also conducted. Many devotees joined the celebration online. 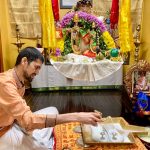 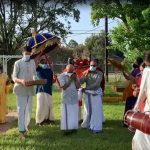 In the evening, during the nationwide Guru Poornima celebrations, over 400 devotees chanted the Vishnu Sahasranamam together. Houston Namadwaar devotees joined the rest of the devotees from around the continent.

Finally, on July 24th, a special Purappadu (procession) of the holy Padukas was celebrated. More than 20 people attended and received prasadam.