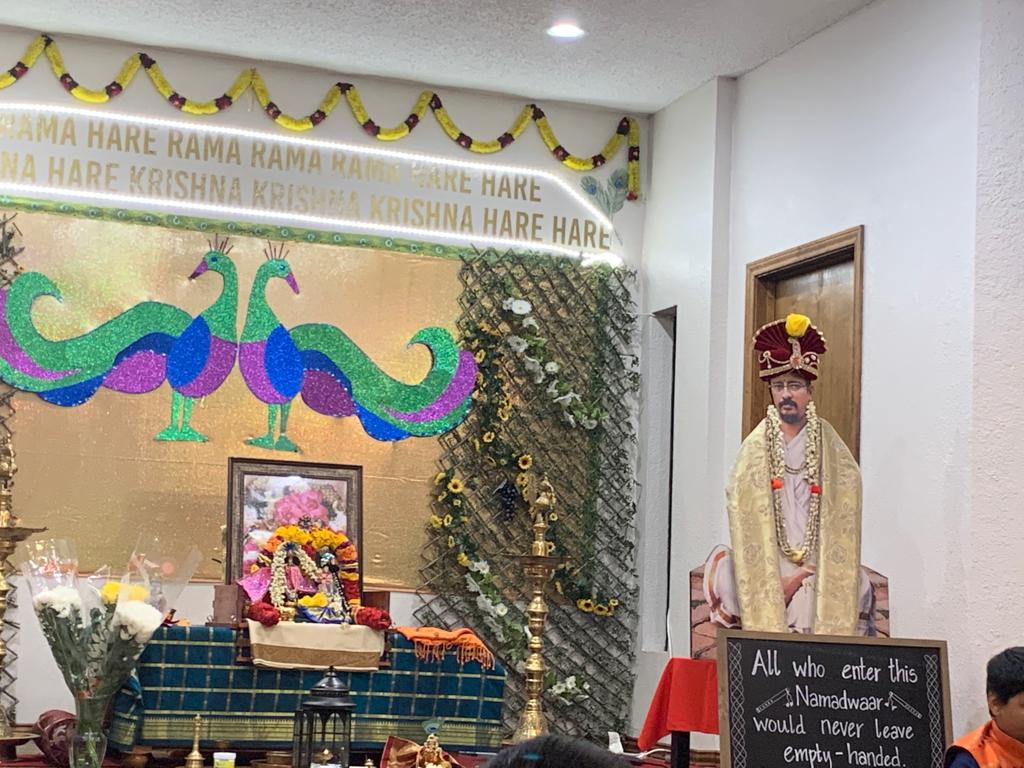 The week of Thanksgiving (November 28-30 2019) ! There is no better way to offer our thanks to the Almighty other than celebrating a complete Madhurotsav with the Dallas satsangis at Namadwaar! Motivated devotees and their families spent their week reminiscing the leelas of Bhagawan and his bhakthas as well as the importance of offering our gratitude for all that we have and experience every day. Sri Kishore ji and Smt Jeya ji from Atlanta orchestrated the utsav in Dallas by kicking off an inspiring two day pravachan series on Sri Chaitanya Mahaprabhu and his key teachings to the world especially on Mahamantra chanting.

The four days of utsav were action packed, with the typical schedule consisting of Bhagavatha parayanam in the mornings, followed by Madhurageetham, Nama sankirtan, and Harikatha by GK Kids in the evenings. The first two days of the program (Thursday and Friday) was truly enthralling given the leela pravachanam of Lord Chaitanya Mahaprabhu by the Atlanta satsangis. Jaya ji spoke about the earnest prayers of Advaita Acharya to Sri Krishna to directly descend to Bengal to lift the dark fog of Kaliyuga and the prevailing tamasic disposition there. In response, the Lord fulfilled his Bhakta’s desire by appearing on earth as Nimai, son of Sachi Devi & Jaganath Misra. Sri Krishna also took on the mood of separation of Srimati Radharani when he appeared as Mahaprabhu to experience a flavor of Radharani’s highest bhakti bhava. Jayaji also shared details of the childhood years of Mahaprabhu, his mastery of the Vedas and how he initiated the Mahamantra movement. Kishore Ji spoke about how Mahaprabhu took sanyasa, his association with his dearest bhaktas, travel through south india, debates with Advaitins on what is absolute reality, and his final years in Puri where he was immersed in the ocean of highest bhakti rasa. It was a true eye-opener to many in the audience who considered themselves lucky to hear the charithra as content was developed straight out of Sri Guruji pravachan in India on Mahaprabhu! In addition, the pictures of key life events of Mahaprabhu shown on screen made it a memorable and truly inspirational pravachan.

On the second day just before Kishorji’s talk, 108 devotees from the Dallas Metroplex participated in chanting Mahamantra. The vibrations in the room during the chanting was truly divine, and proved yet again the power of satsangam. The 2 sons of Kishoreji and Jayaji led the kirtan and added a lot of vitality along with variations of the Nama tunes.

Other program events in the utsav were Kollatam and divyanamam wherein kids enacted bhaktha charithrams effortlessly. On Saturday morning, Radha Kalyana was celebrated in grand style with 120 devotees. The atlanta satsangis performed the marriage of the divine couple and explained the meaning of Jayadeva’s compositions, while the children sang Astapadhis, Abhangs, and Madhurageethams. In all its pomp and glory, the kalyanam of Madhuri Sakhi and Premika Varadhan concluded with a grand Illai Sapadu. Following that was the parayanam, and GK kids’ harikatha. Kishoreji additionally shared his personal experiences with Guruji and the power of Mahamantra in changing people’s lives for the better during his Madhurasmaranam. The final day of the utsav commenced with Anjaneya Utsav. Satsangis chanted the Hanuman Chalisa, and various madhura geethams. 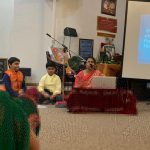 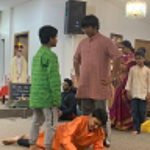 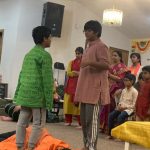 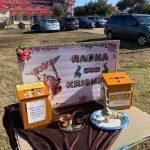 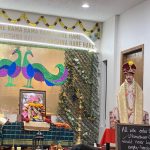