Seattle GOD satsang successfully completed the Mahamantra Nakshatra Yagna (MaNY) chanting initiative with the poorthi celebrations on Saturday, March 25th, 2017 at the VEDA Temple in Redmond, Washington. The goal of the initiative was to have a Mahamantra based satsang on consecutive days, with at least one session per Nakshatra. Due to the amount interest shown by the large number of families who wanted to host MaNY at their homes, the satsang ended up happening more than once for certain Nakshatras. As part of this initiative, Mahamantra was chanted across 26 different homes while touching even more families. Each day, starting on Thursday, February 16th 2017, for 33 consecutive days, devotees assembled in the evening at various residences and would listen to different inspiring messages from Sri Sri Muralidhara Swamiji on the importance of chanting (via previously recorded pravachans) for the first ten minutes, following which the Mahamantra was chanted for twenty minutes. The satsang was then concluded by singing the Kaliyaiyum Bali Kollum kirtan followed by aarthi.

The Poorthi celebrations concluded this effort with devotees coming together to sing sweet Madhurageethams related to Nama Mahima, listen to a beautiful pravachan by Sri Sri Muralidhara Swamiji and chant the Mahamantra in the form of a mass prayer. 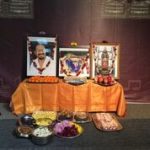 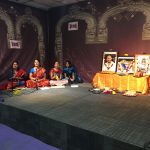 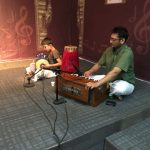 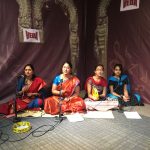 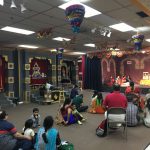