Sri Ramanujamji conducted a wonderful Bhagavatha Sapthaham from October 15th to 21st 2014 at Sri Balaji Temple of Great Lakes, West Bloomfield, MI. Close to 100 devotees listened to the lecture everyday with rapt attention. Srimad Bhagavatha Moola Parayanam was conducted during the daytime at Sri Balaji temple premises. Cultural programs from eminent music and dance schools from Detroit took place prior to Sri Ramanujamji’s lecture every day.
On the first day he succinctly narrated Bhagavatha Mahathmyam and how great and blessed one is to even hear the word ‘Bhagavatham’. He also enlightened the devotees as to how Sage Narada was able to invigorate Bhakti and Vairagya to their original state after making them hear Bhagavatam and narrated the story of Gokarna to outline to glory of Srimad Bhagavatam. On the second day, he explained the six questions that the Saunaka Rishis put forth to Sage Sutha and how Srimad Bhagavatam is the answer to the six questions. Sri Ramanujamji enthralled the devotees with his lucid exposition on Kunthi Stuthi and Bhisma Stuthi.
The birth of King Parikshit was elaborated in detail. The devotees were very blessed to hear the 24 avatars as explained in Srimad Bhagavatam, Varaha Avatar and the birth of Hiranyakashipu on the third day.
On the fourth day Sri Ramanujamji delineated on the ten characteristics of Srimad Bhagavatam and lectured on Daksha Yagnya, Dhruva Charitra, Ajamaila Charitam, Prahalada charitram and beautifully explained Vritrasura’s prayers to Lord Vishnu and his immense devotion to the lord in spite of being an Asura. On the fifth day, he talked about Gajendra Moksham, Vamana Avatar and Ambarisha Charitram. On the sixth day, Sri Ramanujamji transported all the devotees to Gokula with his wonderful narration of Krishna Leela. He explained almost all the slokas in detail and all the devotees were enraptured by his elucidation. The seven day Saptaham concluded with the discourse on Rukmini Kalyanam on the last day. All the devotees eagerly look forward to hear many more lectures from Sri Ramanujamji and bid farewell to him as he departed to Minneapolis. 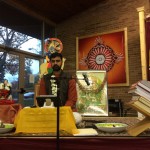 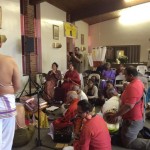 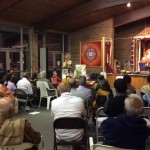 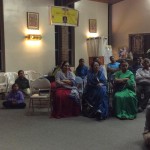 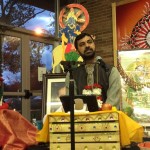 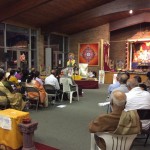 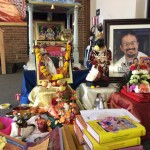 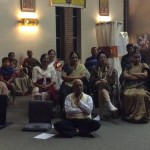 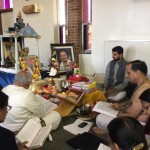 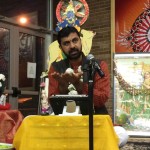 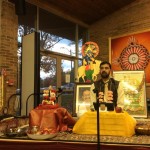 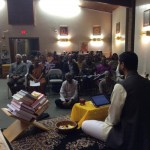 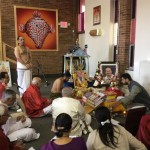 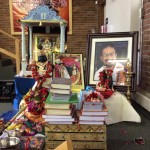 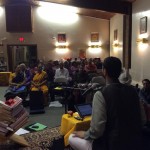 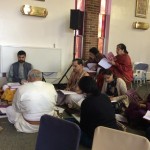 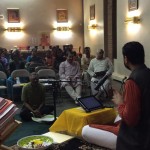 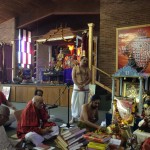 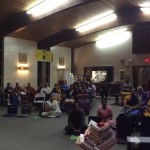 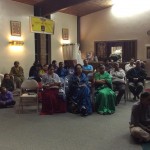