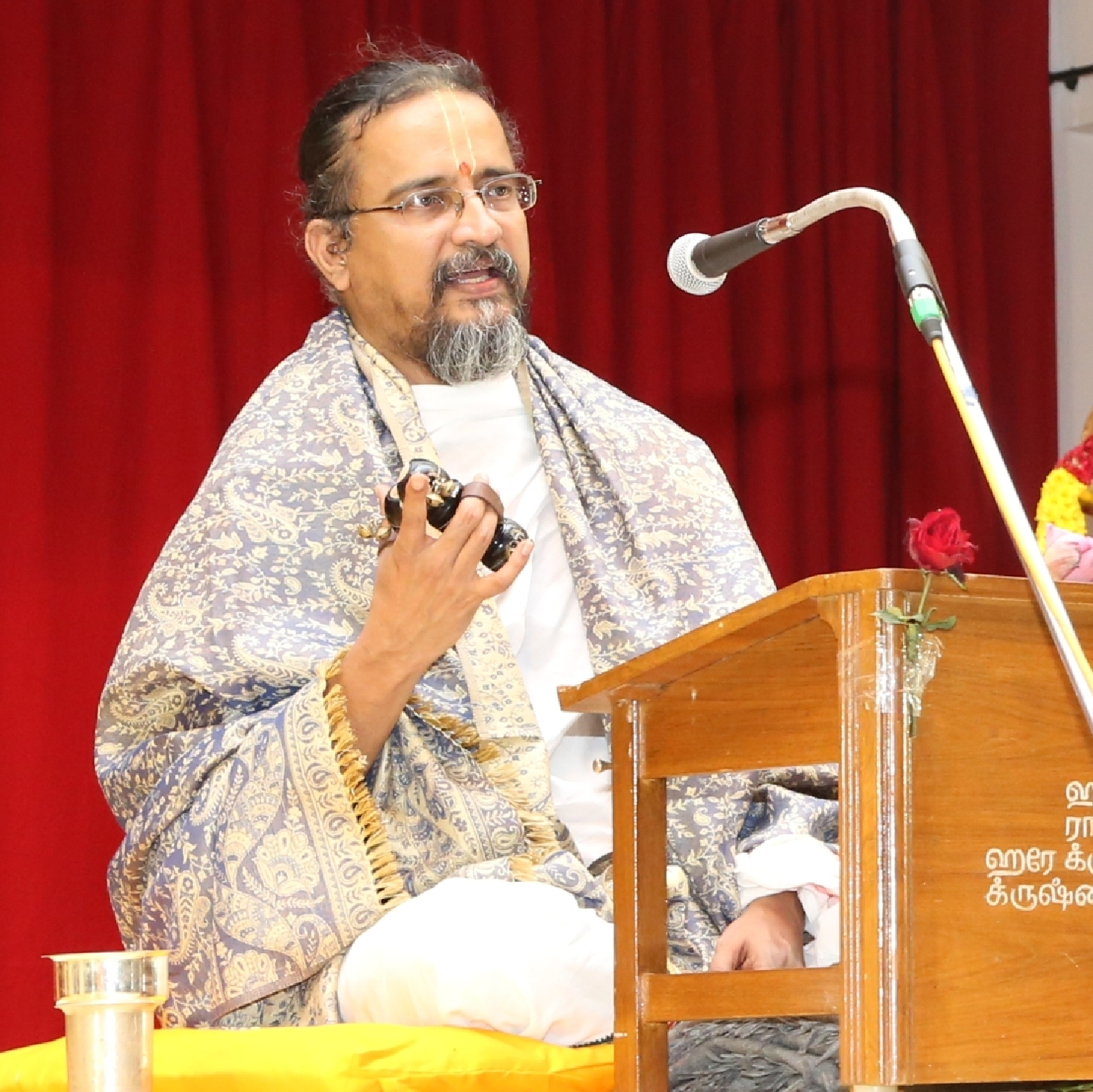 Infinite Ways to Infinite Bliss
In this section, we present excerpts from the discourses/essays of Sri Sri Muralidhara Swamiji of Chennai, India.

None of us like to be debtors, but surprising as it may sound, every human being is a debtor right from his birth! So what are our debts?

The mother who bears us in her womb undergoes untold miseries in carrying and delivering us, which is no less than a second life for her. Our parents take care of us throughout our childhood, just as the eyelids guard the eyes. It is the child’s first duty to take care of his parents in their old age.

Someone known to me admitted his parents in an old age home. I asked him if it was right on his part to do so. His response astounded me! He said, ‘When I was a little child, did they not put me in day-care in order to get to work? So what is wrong in my putting them in an old age home now?’

It is said that when a lineage flourishes with offspring, the ‘Pitrus’ (ancestors) are liberated. That is the reason that everyone wishes that their lineages flourish. It is believed to be sinful to kill a centipede. Why? A centipede gives birth to only one offspring in its entire lifetime and thus by killing a centipede, one accrues the sins of destroying its entire lineage!

One should, in his lifetime, read or listen to texts like Ramayana and Mahabharata written by great sages like Valmiki and Veda Vyasa. By doing so, one repays the debts to the great sages.

Devas (demigods) bestow us water from the rains, food grains and air to breathe, and we are indebted to them.  Through fire sacrifices, poojas, worship, building and resurrecting temples, we pay off this debt.

In our Sanatana Dharma, a year of 12 months is based on the relative movement of the Sun. If the sky were to be considered as a huge circle with 360 degrees, dividing the circle into 12 (for 12 months) gives 30 degrees – equivalent to 30 days of the month.

In astrological parlance, considering Aries to be the first sign, Virgo (Kanya) comes sixth, and the sixth house in one’s horoscope denotes his debts.

During the holy month of Purattasi, may we perform the above activities as appropriate and repay our debts!