Cherished Memoirs 68 – His Portrait is No Different from Him!

His Portrait is No Different from Him!

It was a sunny morning. Sri Swamiji (HH Maharanyam Sri Sri Muralidhara Swamiji) had just returned from a tour. After his morning ablutions, he started out to Premika Bhavanam (his place of satsang in Chennai city). As we were on our way, suddenly Sri Swamiji summoned me to go to a devotee’s home.
This devotee is one of the earliest devotees of Sri Swamiji, who has devoted his life fully towards serving the Master. He takes care of the Madhurapuri Ashram and is a personification of Guru Kainkarya. His mother had the fortune of having Sri Swamiji’s darshan quite often. She had then recently undergone a surgery for a fractured leg and was recovering from it. 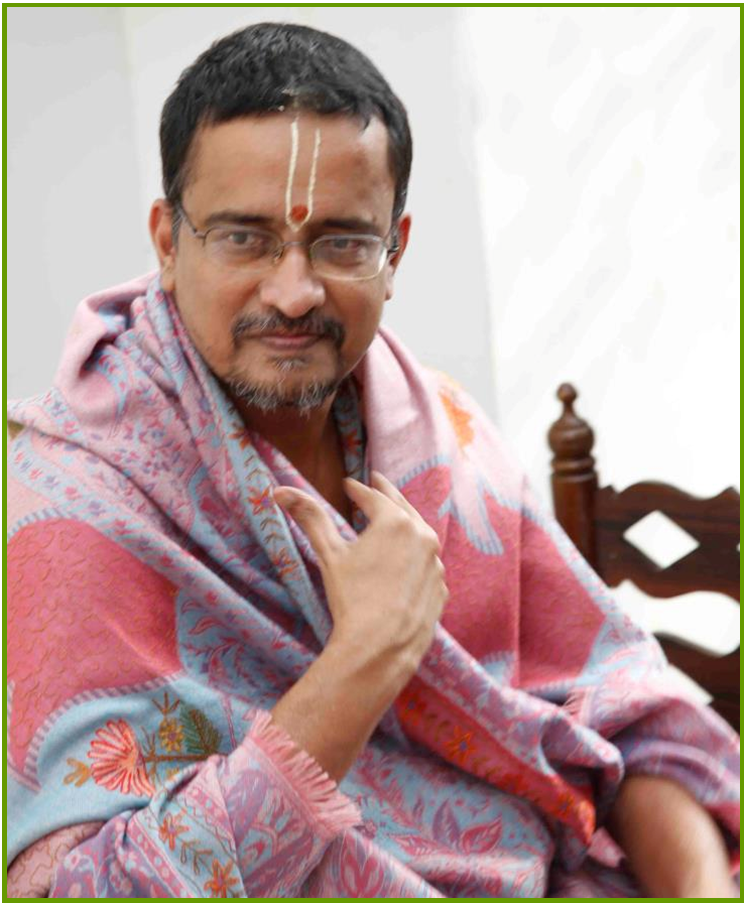 I immediately changed the route and got on the street that led to the devotee’s residence. No sooner did we reach the house than the devotee’s mother started jumping with joy! She was pleasantly thrilled and just could not control her emotional outburst that wet her eyes, on seeing Sri Swamiji at her doorstep. As Sri Swamiji entered the house, she screamed calling her son’s name saying, “Did I not tell you? I knew Guruji would hear me!!” and her son nodded in acceptance. I slowly nudged towards the devotee and asked, “So, what is amma saying? Why is she so excited?” Then he explained the whole story…

The devotee’s mother had not had Sri Swamiji’s darshan for a while since he had been out of town and she was recovering; yet she strongly desired to have His darshan. As her physical condition did not permit her to move out of her house, she kept telling her son, “Why don’t you let Sri Guruji know of my desire for darshan?” and the son simply responded, “He has so much of divine work to do, so many places to go and spread the Mahamantra, so many devotees to take care of, all over the world. We should not take up one bit of his time, as his time is very precious.”

The matter did not stop there, thanks to her strong will. The argument reached its peak and finally, he remarked, “Well! Sri Swamiji often says that He is no different from His portrait. Walk down to the pooja room and talk out your desires in front of His picture.” She earnestly walked down and spoke out to Sri Swamiji’s portrait expressing her thirst for Sri Swamiji’s darshan. This had happened that very morning!

I realized that it was at that very instant that, out of the blue, Sri Swamiji made me veer the car to the direction of the devotee’s home!

Haven’t we read about such incidents in books about Mahans and Saints? It is indeed true that the portrait of a Guru is no different from Him. Wherever we are, in whatever state we are, if we think of Him with earnest faith and devotion, it reaches Him immediately.