Krishna and the Demons – Crossword Puzzle 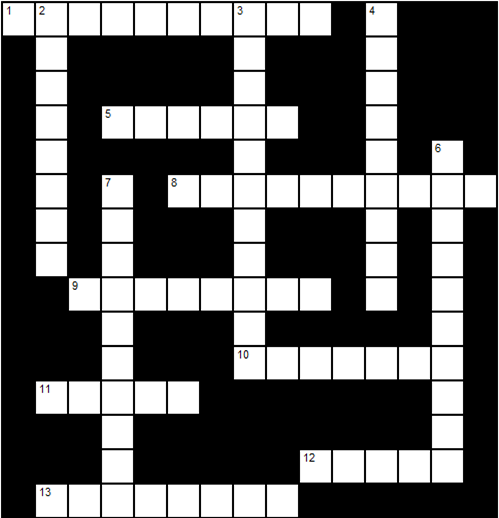 Krishna faced many demons during His avatara. The lucky ones who died in His hands were Liberated, while other unfortunate ones were not. Let’s test your knowledge about the names of some of these demons.

5 She came to Brindavan to kill babies

8 This demon took the form of a handcart

10 He came as a huge bull with sharp horns

11 The horse demon who came to Brindavan

4 He disguised himself as a cowherd boy and joined the hide-and-seek game with Krishna and Balarama, and abducted the cowherd boys

6 He came in the form of a tornado

7 This demon was the son of Mother Earth 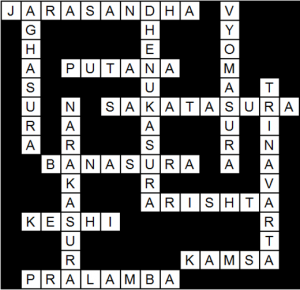