The Chintamani gem (philosopher’s stone) can fulfill only our worldly desires; the Kalpakavruksha (wish-fulfilling tree) can give us even the comforts of heaven but no more; however, the highest abode of Vaikuntam, which is rare even for Yogis, is attained by one who has earned the affection of the Guru!

With the boundless grace and compassion of our Master His Holiness Sri Sri Muralidhara Swamiji, the glorious day of Guru Poornima for the year 2017 was celebrated by Minneapolis GOD Satsang on July 9th 2017 reminiscing our Acharyas and Gurus and singing hymns, shlokas and kritis bestowed on us by Them! Also, Satsangas and Satsangis have been doing Atmanubhava about the thirty verses of Kali Dharma Undhiyar composed by Muralidhara Swamiji for the past few weeks and it came to conclusion on this auspicious day. The devotees enjoyed the nectar of each and every verse of it along with sharing their experiences. Shruthi-Sundar-Pragathi and their parents had graciously opened their home for this auspicious celebration! Dinner Prasadam was served to all at the end.

What can be more auspicious than singing His divine names, reminiscing Bhagavan’s compassion in gratitude and being in the midst of His bhaktas in a sath-sanga! 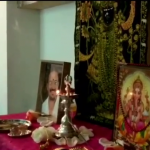 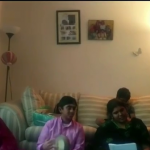 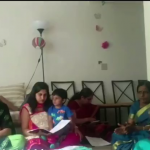