Gopakuteeram Performance at a Ratha Yatra in Morrisville, NC

By the benign grace Sri Swamiji, Gopakuteeram kids got an wonderful opportunity to perform in Ratha Yatra 2015 organised in Morrisville ,NC on Saturday 17th Oct 2015. 15 different organizations participated in the Ratha Yatra and had 25 performances. Gopakuteeram kids enacted a musical play on Dhurva Story from Canto 4 of Srimad Bhagavatham. They beautifully depicted the lineage of Srimad Bhagavatham and also enacted a story of 5 yr old devotee Dhurv. The kids lucidly brought out the story of Dhruv and how he had the divine darshan of the lord when he was a small child, purely by his determination and by following his Guru’s words..Around 250 people witnessed the performance and cheered the kids. Kids were awarded with participation certification. 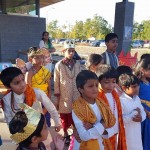 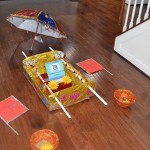 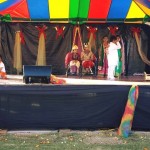 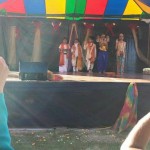 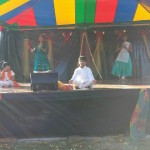 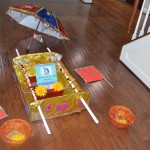