Gopakuteeram Annual day, a special day for the little ones was held on Saturday, December 13th 2014 at VEDA Sri Venkateshwara Temple in Redmond, Washington. The goal was to not only showcase what the Gopakuteeram children had learnt throughout the year, but to also involve other children from the local community and to encourage and instill Krishna bhakthi in their hearts.

The day started at 2:30PM and the celebration went on till 6:30PM. All children and parents were mesmerized by various performances that were a part of this event. The event started with dance performances from two different Bharatanatyam schools and a Kathak School. This was followed by the Krishna Bhakthi Samrajye talent show where children were invited to showcase their Krishna bhakthi in various ways (sing a bhajan, recite a shloka, play a bhajan on an instrument, dance performance of a Krishna leela, etc). All participants received participation prizes. The talent show was followed by the Krishna Bhakthi Samrajye quiz contest. The topic for the quiz was Krishna’s leelas in Gokulam. Children participated in teams of two for a total of three quiz rounds. The first and second placed teams received trophies while all participants received participation prizes. Sri Ramanujamji distributed the trophies.

The day concluded with Sri Swamiji’s anugraha bhashanam. Around 50 children attended the event. 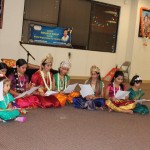 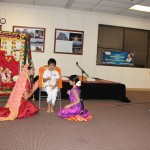 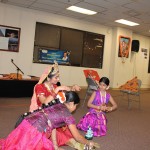 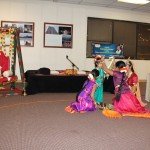 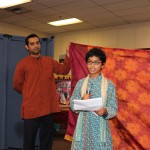 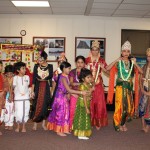 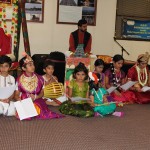 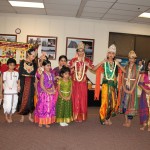 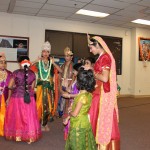 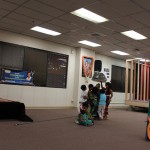 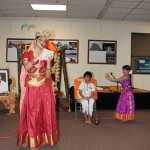 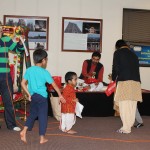 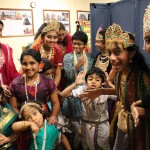 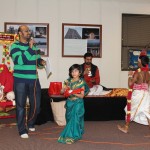 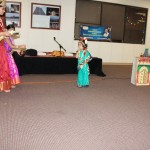 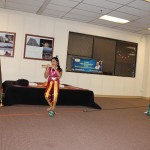