With the immense grace of Sri Swamiji, Minnesotans had a wonderful Sri Rama Navami celebrations on Sunday, April 2nd 2017 at the residence of Sri Sriram and Smt Suchitra, Chaska MN filled with everything ‘Rama’! Minneapolis GOD Satsang along with its Gopa Kuteeram wing has collaborated with Layyasaram Institute of Indian Arts to “Storify Ramayana” to rasikas of The Twin Cities. The Utsav started with a Carnatic Vocal Concert glorying Sri Rama and His Divine Name by Kum. Nandini Sridhar (disciple of Sri Chitravina Ravikiran) followed by A leaf from the Ramayana – Gopa Kuteeram Children’s character dress-up and portrayal. The highlight of the celebrations was the Bommalattam – Ramayana Puppet-Show Musical Theater with Nama Sankirtanam which is first of its kind in Minnesota for many. At the end of the Utsav, Panagam, Neer Mor was distributed to devotees with a nice dinner prasadam.
Janaki Kantha Smaranam, Jai Jai Rama Rama! 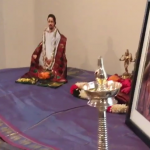 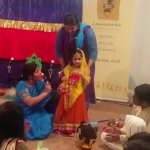 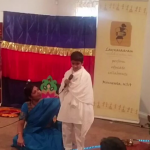 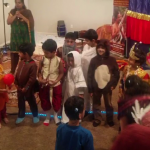 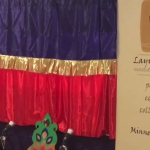 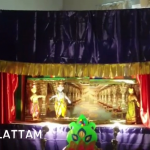 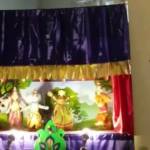 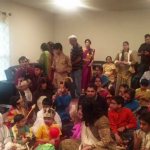 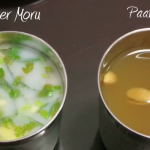 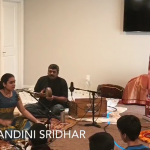 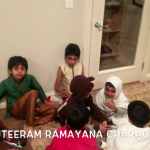 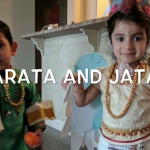 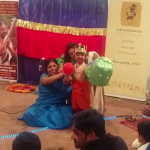