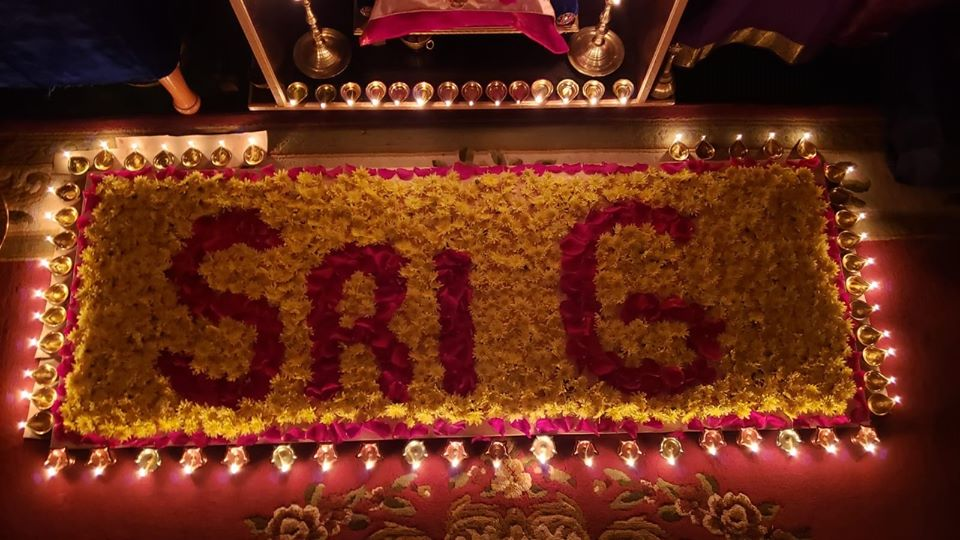 On Monday, October 28th, devotees celebrated Sri Swamiji Jayanthi, Satsang started with prabodhanam. Following which we started Akanda nama. After the nama, special Tirumanjanam was performed to the holy Padhukas of Sri Swamiji. After this new vastrams were offered to the divine Padhukas and were adorned with different colorful garlands. Padhuka Purapaadu with many Gurukeertans were rendered. The devotees then showered flowers and Mahamantra kirtan to our beloved Sri G. Reverberating with nama, It was divine to see the pushpa abishekam being offered to our Guruji.

“Prema Bhakthiyil Nilaithida Guru vendum Guru vendum”….prayers to the  Lotus feet of our Guru Maharaj to ever fill our hearts with Prema bhakti and his kainkaryam.

Satsang concluded with arthi and dolostav.  Dinner mahaprasad was served. Around 20 fortunate devotees attended the Satsang and were blessed. 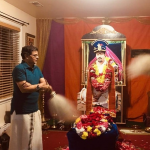 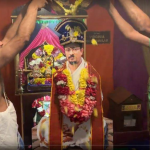 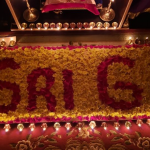 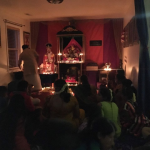 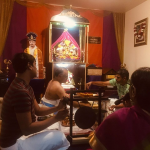 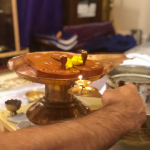 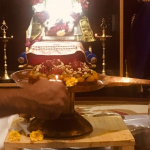 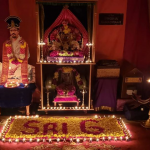