Chokamela is a great devotee of Lord Krishna and he lived in Pandharpur. His job was to build houses. Chokamela belonged to a lower caste, so priests of Pandharpur didn’t allow him to enter the temple. But this didn’t stop Chokamela from praying to Lord Vittala by staying outside the temple and he continued to grow his devotion to the Lord. 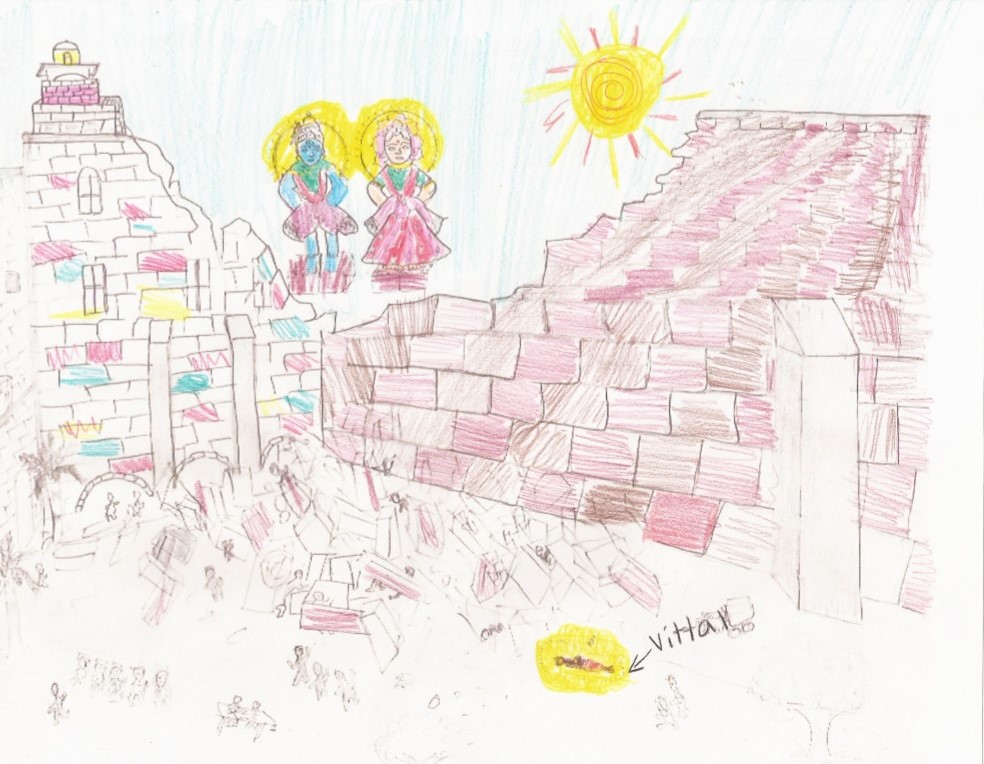 While living in their hut, both Chokamela and his wife always fasted on Ekadasi and ate on Dwadasi day. On a Dwadasi day, Lord Panduranga came to their house to have food and it became a regular routine on all the Dwadasi days after that.  On one such Dwadasi day, two of the priests from Panduranga temple saw Chokamela yelling, “You careless woman, how could you do this!” at his wife.  So they approached him and asked him the reason for his yelling at his wife. Chokamela said, “When Panduranga came to our house to have food with us on Dwadasi day, my wife carelessly spilled yogurt all over the Lord. That is why I’m scolding her.”  On hearing that, the priests laughed and left. When they went to the Pandharpur temple and opened the temple doors they saw yogurt all over Panduranga’s clothes. They both immediately went to Chokamela’s hut and fell at his feet.  Chokamela said, “I am just a speck of a dust at the feet of Lord Vittala and please don’t do anything like this”.

Saint Namadev who also lived in the Pandharpur knew very well about the devotion of Chokamela towards Panduranga and he also knew from the beginning that Chokamela was great bhagavatha. One day Chokamela told Saint Namadev, “When I die, please find my body and bury me at the feet of Panduranga”.  This shows the greatness of Chokamela’s devotion to Lord Panduranga.

One day Chokamela, as part of his job of building houses, was building a wall along with few others.  Suddenly the wall collapsed and fell on top of Chokamela and killed them all. On hearing the news, Saint Namadev searched for the remains of Chokamela. He could identify Chokamela’s body because his bones were chanting the names of Vittala!  He was such a great devotee of Panduranga! So Saint Namadev recovered the remains of Chokamela and buried it at Panduranga’s feet as Chokamela had requested and fulfilled his wish.

This story shows us that, even if we are poor, even when we are not treated correctly by society, if our devotion to God is true and pure, God will make sure he will take us to his feet and offer His darshan to us.