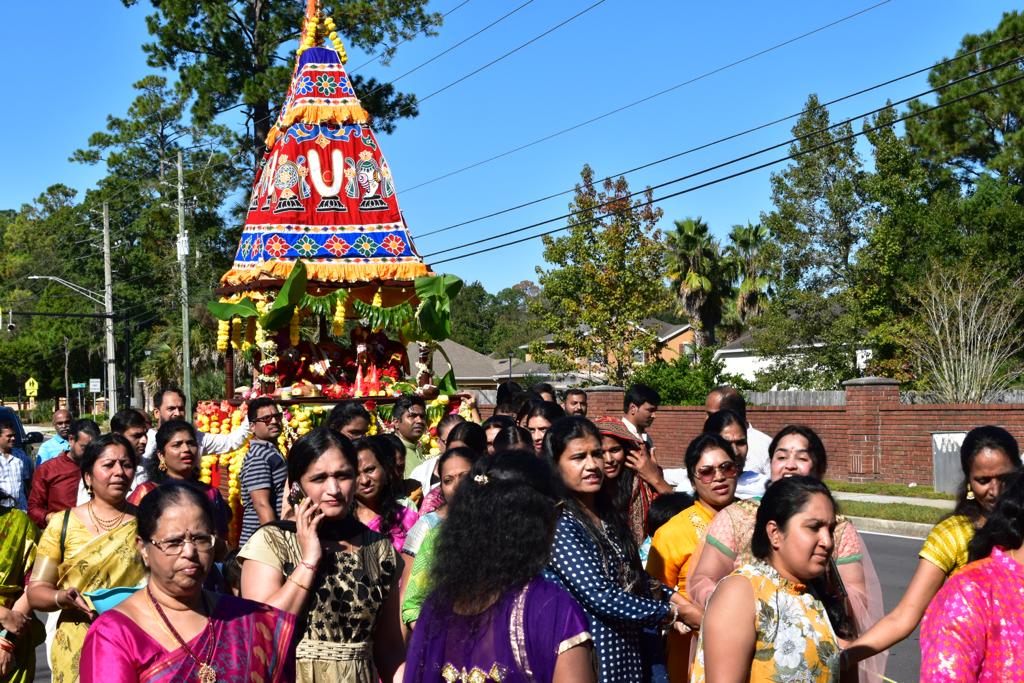 By the immense blessings of our Guru Maharaj and the grace of Sri Madhuri Saki & Premika Varadan, GOD Satsang Jacksonville organized the 3rd Annual Sri Jagannath Rath Yathra on Sunday, October 16, 2022. Our beloved Jagannath Parivar were specially blessed by our Guru Maharaj for Jacksonville in December, 2019. Sri Ramanujam ji led the first Rath Yatra as the Nama Yatra for the Parivar back in 2020 during COVID. This year, the Rath Yatra took to the road for the first time post pandemic, with no restrictions in place. The Rath Yatra route was from the Hindu Society of North East Florida (HSNEF) to the Shirdi Sai Society of North East Florida (SSSNEF) and back.

The festivities started with the customary Rath pooja performed by the HSNEF priest with Mahamanthra chanting in the background. Bhagavan ascended the chariot majestically and the volunteers ensured that HE was comfortable and safe. The entire Rath was decked up with fresh flowers, thorans made of flowers and mango leaves and the Parivar was adorned with dazzling jewelry and rose and tulsi garlands. Pushpa varsham was done to the Rath and Bhagavan throughout the Yatra. 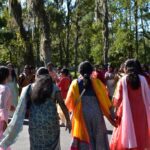 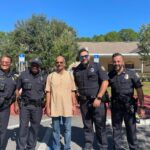 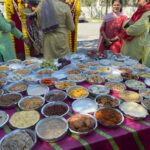 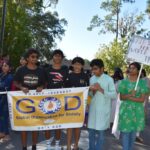 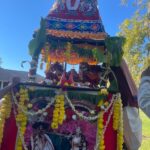 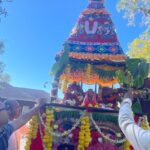 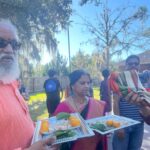 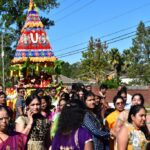 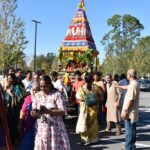 As the Rath left the temple entrance, Smt. Santha & Sri Chidambaram paid their first respect within the temple premises by offering sweets, fruits and vastra for the Parivar. Archana was performed followed by harathi.

As always, the Jacksonville Sherriff’s Office sent the best support to regulate the traffic on Greenland Road en route to the SSSNEF. The SSSNEF priests received the Rath in the entrance of the temple and did archana and samuhika harathi followed. The ladies did Kummi in front of the Rath to the Madhurageetham – “Radhai Pirandhanaley”.

The Rath started its return journey back to the HSNEF and reached around Noon with the harathi. The HSNEF priest offered the Chappan Bhog prasad, specially cooked by the devotees with so much love for the Parivar on the occasion of Rath Yatra followed by the samuhika harathi. Boxed lunches were distributed to all the devotees.

Over 425 devotees were part of the event with around 100 volunteers cooking the lunch prasad. Ever since the Parivar arrived, Jacksonville Satsang has been blessed with numerous Satsangs and Akhanda Nama. Prayers at the lotus feet of our Guru Maharaj to be blessed with even more Satsangs and Nama with the Mahamanthra reverberating in as many homes as possible, in and around the East Coast area.