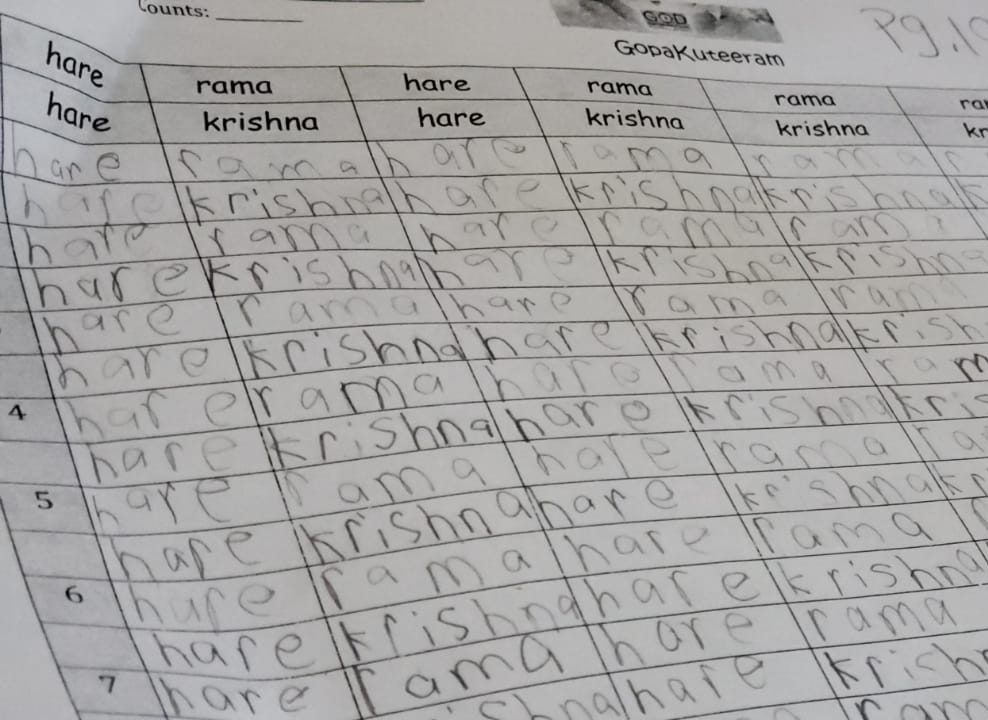 Every year, Rama Navami is celebrated by the entire fraternity of GOD across the country in a unique manner – through ‘Mahamantra Likhita Japa’ – Mahamantra Writing Contest.

The contest is opened out to all ages weeks before Rama Navami and closes a few weeks after Rama Navami. The most lavish ‘Mahamantra Writers’ among the young ones are chosen and rewarded.

This year too, the Mahamantra writing contest began a few weeks before Rama Navami and ended on April 15th. And this year’s contest set new benchmarks and beat record of sorts!

Age of youngest child to write Mahamantra : 3
Number of children that participated in the contest: 100+
Number of GOD Centers that participated: 10
Total Number of Mahamantra that was written in a span of 8 weeks: 47,000+
While kids were over-enthusiastic to write Nama, adults were not left behind. We had a record number of Nama written by adults this year.

The winners by age are given below:

The prizes in each region will be distributed during the Annual Year Functions or local Annual day.

A complete list of all the ‘Nama Writers’ can be found here.

GOD congratulates all the Nama Writers and winners for their exemplary performance and encourages them to write and chant more!