By the immense grace of Sri Swamiji, a special satsang was conducted at the residence of Sri. Suresh and Mrs. Gowthamiji’s on Sunday, August 24 2014. Around 5 families took part in this satsang. The satsang commenced with Mahamantra followed by rendition of kirtans composed by Sri Swamiji. This was then followed by a short discourse on the importance of chanting the divine names of the lord. The satsang concluded with the recital of Kaliyayum Bali Kollum kirtan. 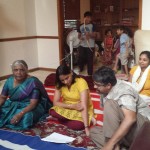 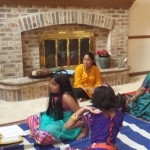 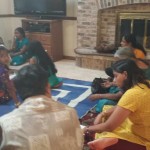 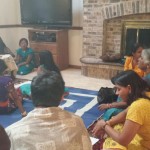