By the divine grace of Sri Swamiji, Virginia Namadwaar celebrated Vasanthothsav for four days from Sunday, 23rd April to Wednesday, 26th April 2017. It was joy beyond words that Smt.ShobaParasuramJi also participated in person to celebrate the Utsav.Dasama skanda parayanam from Srimadh Bhagavatham and pravachan on Sri Krishna Leelas took place in Namadwaar in the evenings.
The Utsav started on Sunday evening with Shobajis pravachan. With her vivid talk, she transformed Namadwaar into Gokulam, and all the devotees who attended the pravachan could relive the moments from Krishna leela. It was a delight and a treat to everyone. Despite being on weekdays, the devotees attended the pravachan eagerly. She spoke in minute details about each Balaleela, Panchageethams, Rukmini kalyanam. She also explained the Krishna leelas as enjoyed by Narayana Bhatatri in his work Narayaneeyam, which is the condensed version of Srimadh Bhagavatham. Dinner prashad was served on all days.
Starting Monday morning, Dasama skanda parayanam went on for three days. All the devotees present there were feeling blessed to recite the slokas with Shobaji. During the parayanam, Madhura geetham and Namavalais were rendered corresponding to the chapters. She concluded the Parayanam with the wedding of the divine couple. Ashtapathis, sampradaya keerthans and Madhura Geetham were rendered. Prasad was dristributed after the wedding. In the evening after the pravachan, we had deepostavam, the entire place was filled with divinity, with the divine couple in the swing enjoying Madhurageetham with lights lit all around. The four day utsav then concluded with Anjaneya Utsav. Dinner mahaprasad was served. As always Virginia GOD Chapter humbly pray to the lordships and Sri Swamiji to bestow them with more Utsavs in the future. 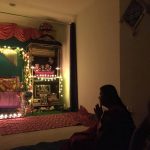 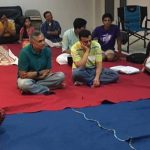 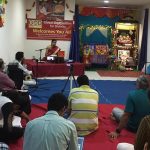 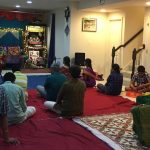 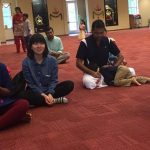 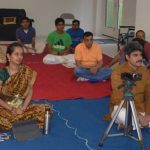 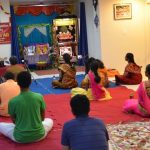 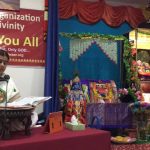 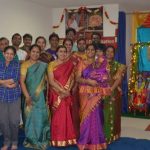 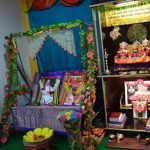