The Virtue of Truthfulness

Excerpts from the discourses/writings of HH Sri Sri Muralidhara Swamiji of Chennai, India.**

In order to see God, one must have at least one of these three qualities – tread unflinchingly on the path of Dharma, be utterly truthful or have unshakable faith. If one does not have even one of these three qualities, He will certainly not have God’s vision. In Srimad Bhagavatam, when the gods sing praises of Lord Krishna who is in Devaki’s womb, they extol him as the very form of Truth. It is no exaggeration to say that Truth is verily the Lord.

There was a great saint and devotee of Lord Muruga by name ‘Pamban Swamigal’ who lived in the last century. He led an extremely dispassionate life. Even while in family life, he would perform his japa and mediation thrice every day. His family was very much worried at his staunch devotion and renunciation. They feared that he may forsake the family and embrace austerity to become a Sanyasi (renunciate).

One evening, he sat alone on the terrace of his home meditating on the divine form of Lord Muruga. His heart, melted in love for the Lord, instinctively desired to go to Pazhani (a Muruga temple in South India) and see Lord Muruga. As he came downstairs after his meditation, he told his family members of his intention to go to Pazhani. His words got his family members doubly worried. ‘He is already immersed in japa and meditation. In this state of dispassion this pilgrimage to Pazhani will only turn him into a Sanyasi’, they feared. They approached a neighbor of theirs, who would mingle freely with Swamigal, and shared this idea of Swamigal with him. They supplicated him to talk Swamigal out of undertaking the journey. 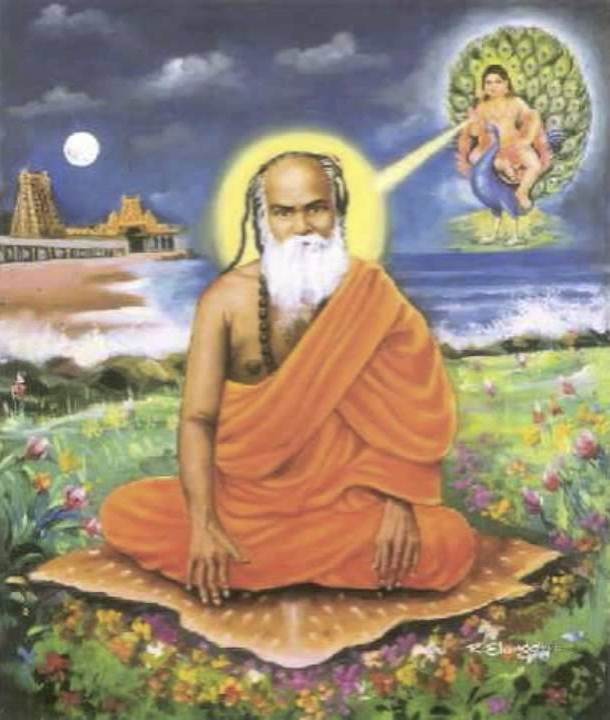 The neighbor approached Swamigal and tried to convince him to give up the idea of going to Pazhani. ‘It is not wrong to utter a lie for something good’, thought Swamigal and lied to him that it was verily Lord Muruga who wanted him to come to Pazhani. Because it was the Lord who had summoned, no one dared to stop him.

That night, Swamigal went to the terrace for meditation. Then, suddenly the sky lighted up as if a million lightning bolts had struck. From within, Lord Muruga’s voice was heard, ‘Did I ask you to come to Pazhani?’ Swamigal was stunned on hearing this. The voice continued, ‘I don’t wish that lies be uttered even for good deeds. You may not come to Pazhani until I Myself summon you!” The voice faded away. Respecting this, Swamigal did not go to Pazhani even once during his lifetime. Not only that, he has sung songs unto Muruga beseeching Him to invite him to Pazhani at least once.

This incident verily shows us how important it is for us to be truthful.
(Translated from an article published in June 2009 Tamil Madhuramurali )