Only if there is a good understanding between the husband and wife, can the household be a happy one. It is only when the children in a family gel well with their parents that peace and happiness will prevail. A family that has no unity is but a family in sorrow. A friendship bears fruit only if the friends are amicable. Likewise, unity is indispensible in a business, community, city and country. Unity brings all goodness. Let us read a story from Mahabharata that underscores the importance of unity. 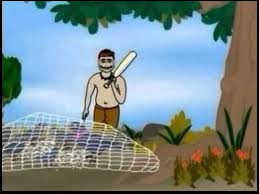 One day, a hunter ventured into the forest and with the intention of catching birds, spread his net. As he waited patiently, a bird came and fell into the net. Then yet another bird fell into trap. The hunter was a happy man now. But does greed spare anyone? ‘If I wait a little longer, I will see more birds falling into the net! It is going to be a feast today!’ thinking so, he waited patiently. But soon, he witnessed something that he least expected! The birds started to flap their wings and in no time, they started to fly carrying the net along!

This saddened the hunter. He repented that he lost not only the birds, but also the net that earned his livelihood. He began to chase the birds that were starting to soar up. Those who watched the hunter running behind the birds laughed loudly. ‘Oh! Foolish hunter!’ They called out. The hunter did not stop, but still heard them continue… ‘Have you gone insane? Do you think you can match the pace of flying birds? How on earth can you ever dream of grounding those flying birds?’

The hunter, still keeping his pace, replied, ‘It is only because of the birds joined hands that they have tricked me. Unity seldom lasts! When the unity among these birds is lost, I win. It is just a matter of time…’

Just as expected, very soon, one of the birds wanted to fly in a particular direction and the other was adamant on flying in the opposite direction. The stronger among the two dragged the net. The other one gathered all its strength and pulled the net towards its favorite direction. Soon, they lost balance and fell on the ground.

The hunter happily walked home with the birds and the net, smiling slyly at those who mocked at him!

Children, do you see the power of unity? When the brain, brawn, energy, thought and power of everyone in a group are united, the resulting product is no less than divine.