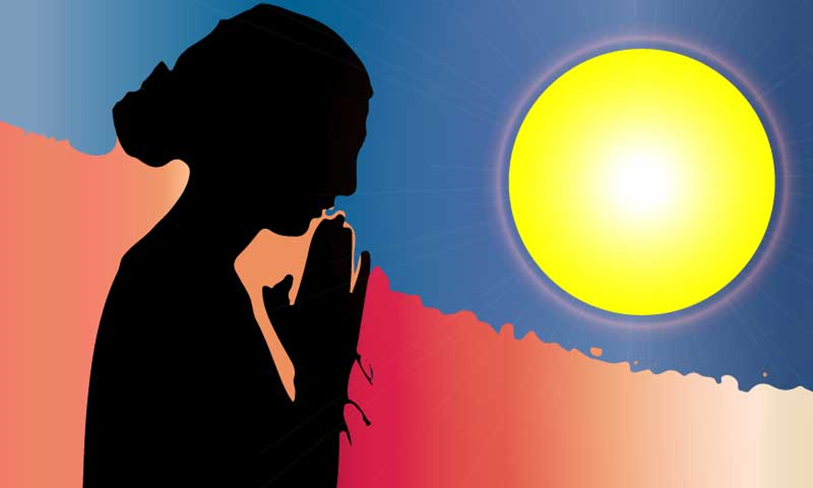 “Athichoodi” is a type of poetic work (in Tamil) that comprises of a collection of one-line philosophical verses. HH Sri Sri Muralidhara Swamiji has composed a “Vedanta Athichoodi”, a poetic work that speaks of life’s most important principles. We had published the entire Vedanta Athichoodi and its overall meaning as part of our Madhura Geetham Sloka Series, earlier this year. Read that article here.

Each of the lines of this Athichoodi is extremely deep and contains a wealth of meaning. In our sloka series over the next few months, we will look at the meaning of each line of this work.

As we saw in the second verse, the purpose of the entire creation is to search and attain eternal Bliss. In order to reach that Bliss, our scriptures show innumerable paths. All these different paths – yoga, dhyana, japa, puja, karma, bhakti, atma vichara, etc, are simply various ways to silence the mind, which is critical to attaining Supreme Bliss.

If we take the path of Yoga, Patanjali Maharishi prescribes various asanas. The purpose of these asanas is to the quieten the mind. Sri Swamiji says, “A Mahan who is in samadhi (state of bliss) is calm and composed and has nobody movements. Whereas a man who is in mental turmoil is unable to sit in one place and is constantly fidgeting. This shows that there is a relation between mind and body.” Taking this relation into consideration, Patanjali Maharishi prescribed various asanas to control the body which in turn will help silence the mind.

It is certain that worship (puja), japa and dhyana are the actions of the body, speech and mind respectively and the succeeding one is superior to the preceding one.

If you take worship, it involves physical activities like offering flowers, neivedya, arati, etc to the Lord. If one does the worship with all his focus on the Lord the entire time, the true purpose of worship is served. But if one’s mind were to waver as he is mechanically following the rituals, then the purpose is not served.

Japa, which involves mechanical repetition of the name is considered better than pure worship because the power of speech automatically involves the mind. To speak, the thought has to first appear in the mind. Therefore, when one does japa, his mind is more likely to be involved than in puja. But japa too can have a potential pitfall. With practice, the mind requires little focus to chant and therefore has the freedom to start wandering.

Dhyana, which is meditation, requires full involvement of the mind. If one were to say his mind was wavering then it is not in meditation. That is why, Sri Ramana Maharshi says, dhyana is superior to worship or japa.

Superior does not mean easy. One will find it easier to practice worship or japa than sitting down for meditation. Even within meditation, there are several types of meditation. While all lead to the same goal, aspirants may find techniques that involve sensory input, especially the sense of sound, easier. Sound affects the mind. That is why our scriptures describe the repetition of a mantra in the mind as a form of dhyana.

While any mantra can be meditated upon, the apt mantra for this age of Kali is the “Mahamantra” –

This mantra is mentioned in the Kali Santarana Upanishad.

While there are no rules to chant this mantra, for spiritual aspirants interested in pursuing meditation Sri Swamiji has shown us the 6-3-2 technique to meditate upon this mantra. In this technique, the aspirant chants 6 times aloud, followed by 3 times moving the lips without sound and 2 times in the mind repeatedly The technique progresses from using both physical senses and mind to hold the mantra in the mind to using only the mind. Practicing this, one can eventually meditate on the mantra purely in the mind. This brings about one-pointed focus which is possible because of a silent mind. Further progress leads to the destruction of the mind and finally, to Supreme Bliss.

This one-pointed meditation is the message of Sri Swamiji in this tenth verse of Athichoodi – “orumaiyuDan dhyanam sei”.