Global Organization for Divinity, Houston hosted the Bhakthi Sugandham in Houston, TX on December 18 2016. The dance ballet was graced by over 400 people including honorable Mayor of Pearland, Mr. Tom Reid, honorable Mayor of Manvel Mrs. Delores Martin, Sri MK Ramanujamji, disciple of Sri Swamiji, as well as dignitaries from various Temples and Hindu Organizations in Houston, press Reporters, and connoisseurs of dance and music. The Pearland Convention and Visitor’s Bureau supported the event through the City of Pearland’s Cultural Arts Grant.

Sri Ravi Thothadri and Smt. Malathi Krishnan introduced and welcomed the audience. Dr Lekshmi Nair briefed the audience on the various activities that GOD Houston has been involved in and its positive effect and impact on the Houston communities and families. Smt Nisha Giri expressed the gratitude to all the Directors, Artistes, Supporters, Donors, Technicians and to numerous Volunteers across the country who made Bhakti Sugandham a reality.
Sri Ramanujamji made a brief presentation highlighting the global perspective of GOD. The audience was also delighted to listen to the divine message from HH Sri Sri Muralidhara Swamiji where Sri Swamiji dwelt in brief on how Bhakthi is the effortless way to be in Bliss.

The audience enjoyed the two hour long dance ballet which was rich in music, intricate dance routines, special sounds and light effects. It portrayed the Navarasas of emotion through various scenes from Srimad Bhagavatam, using the compositions of Sri Swamiji.

Overall, it was a divinely treat for the audience, presented by 22 dancers from around Houston and the USA.

The event was later reviewed by Smt. Thara Narasimhan, a well-known art connoisseur and community leader in Houston, for the press. Click here to see her report in Indo-American News: http://www.indoamerican-news.com/beautiful-dance-production-bhakti-sugandham/ and India Herald: http://india-herald.com/the-fragrance-of-devotion-dance-ballet-p5435-65.htm#.WGRveRTdb8A.facebook 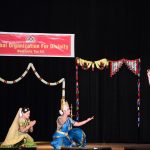 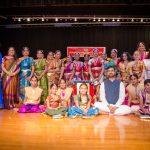 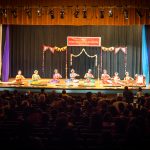 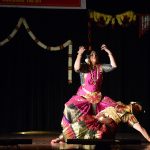 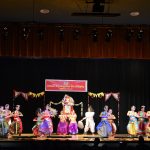 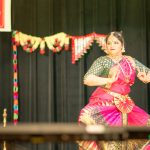 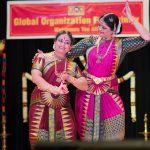 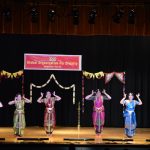 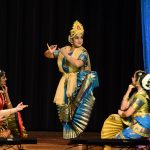 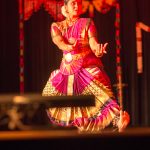 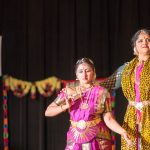 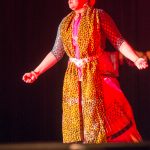 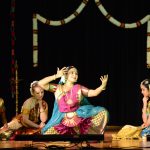 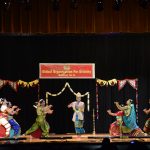