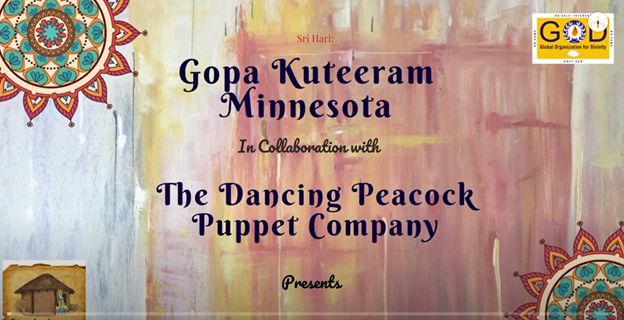 On Sunday, May 23rd, Gopa Kuteeram Minnesota centers came together for the final day presentation. This past year has been unique in many fronts for the two centers in Minnesota. We had switched to online-only classes, with three batches in Eden Prairie and two in Apple Valley. We had also started a smaller group of Bala Bhagavatam study circle, where the kids who had previously learnt Srimad Bhagavatam Dhyana slokas, started learning Pancha Stuthis. Despite it being online lessons, the kids were thoroughly engaged, and involved in each session. The wonderful teachers who led the lessons, kept them engaged through their lessons in their books, as well with thought provoking discussions about everyday life, how we can incorporate Nama and Bhagavan into it, etc.

When the teachers had initially started to plan for the final day presentation, they had some ideas about having the kids recite/sing or share stories over Zoom call, similar to what we did in previous years. But planning and executing this would have its own challenges, given that there are 36 students across two centers, and with a majority of them younger than 6 years old. So with further brainstorming, teachers came up with a unique idea of premiering a movie that has the kids showcasing a few lessons they learnt over the year.

One of the things that the kids in MN fondly remembered and missed was the puppet show. After a very memorable Ramayana puppet show by The Dancing Peacock Puppet Company in 2019, the kids had been wanting to have more shows with more stories. The older kids in Hamsa class who had been learning Narasimha Avatara,  had been asking to have a virtual puppet show this year – to depict Narasimha Avatara. What seemed simple yet, herculean to put together, given the pandemic situation, became the seed for what came out in the end! With the help of The Dancing Peacock Puppet Company, and Smt Priya Murali ji of Dallas, and Suchitra Sriram ji of MN, we began to assemble the puppets, and the stage needed to have a puppet show. 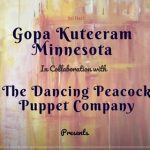 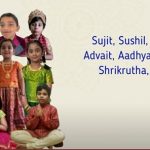 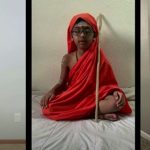 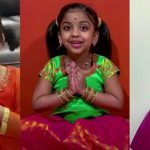 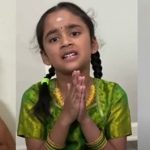 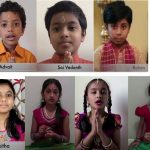 The idea was to have a few kids, properly protected, socially distanced, come together to do a puppet show, videotape that and eventually make a presentable video. But there was the question of how we could involve all the GK children in it. Then came the idea of interspersing the puppet show with some play. But the story of Prahlada, was short enough to have about a handful of kids acting and puppeteering. When the teachers discovered one day, that the final day of presentation fell a day before Sri Narasimha Jayanthi, everything else clicked pretty quickly. Who other than Pujyasri Ammalu Ammal could we think of, during Narasimha Jayanthi!

Screenplay, and costumes were done by Srivatsan ji, Lakshmi Harish ji, and Aparna Srivatsan ji. Each kid in GK had a role to play, either as a singer, or narrator, or a puppeteer, or as an actor. With the help of a super enthusiastic group of parents, supporting in videography, makeup, and lights, and with our wonderful teachers who trained the kids in their assigned roles, and above all, with the boundless grace of our Guru Maharaj, His Holiness Maharanyam Sri Sri Muralidhara Swamiji, “Narasimha Avatar – stories of Pure Devotion”, was created and premiered. Our special namaskarams to Nisha Sriram ji for sharing the video in Namadwaar’s e-satsang channel in YouTube: https://youtu.be/mXy7ajTyymI

Ever grateful to Sri Guruji for bringing us all together, in Gopa Kuteeram Minnesota, and for keeping us in sat-sanga.