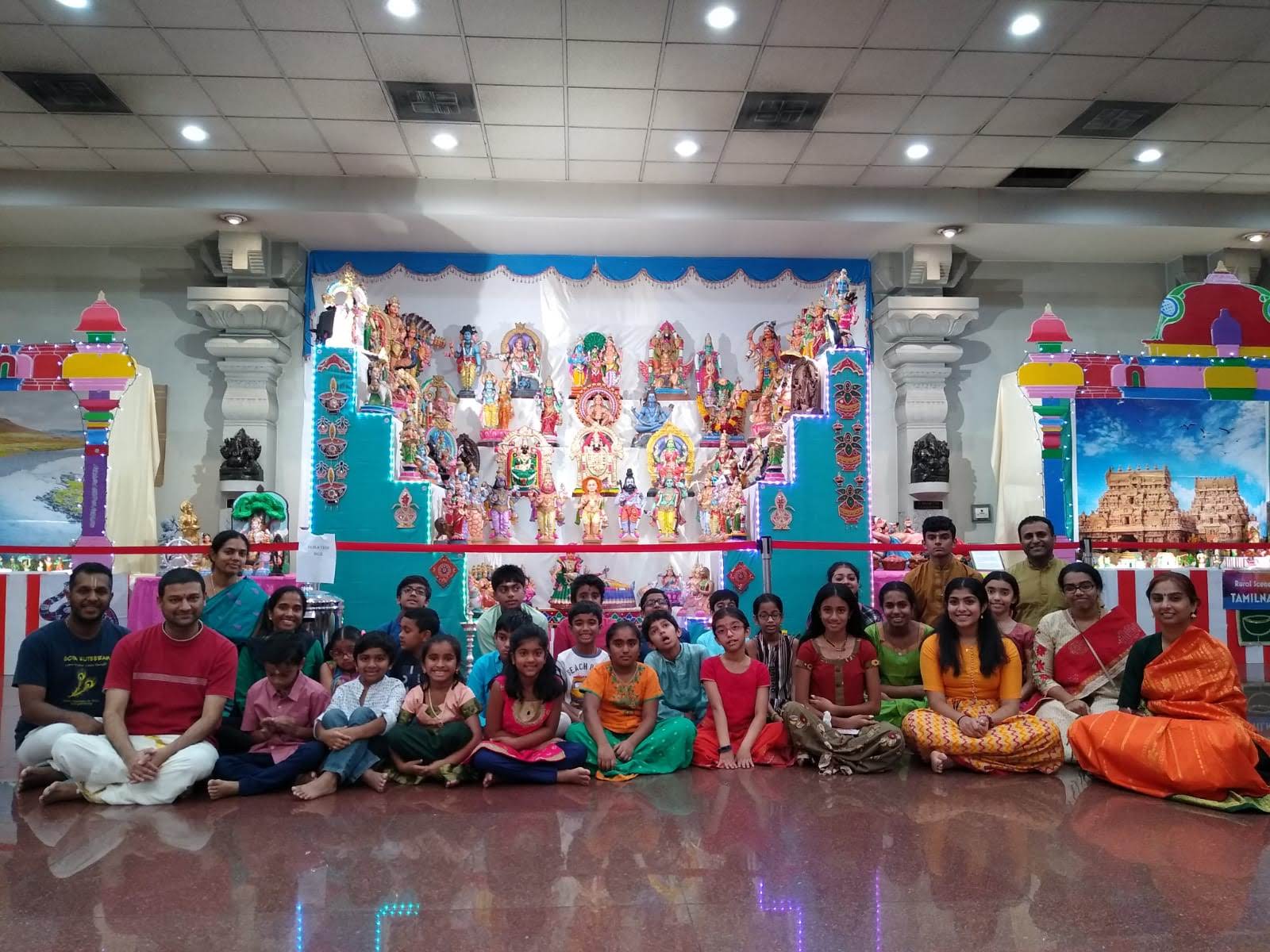 Gopa Kuteeram centers around Houston celebrated Navaratri in different ways from September 29th to October 7th 2019. At the Pearland area Namadwaar center, students were taken on a tour of the nearby Sri Meenakshi Temple’s grand kolu display. The kolu, themed Sthree Shakthi, focused on the life stories of several women saints and personalities including Sri Andal, Seetha Devi, Draupadi and Kannagi. There was also an elaborate display of Sundarakandam and a traditional steps display with an Athi Varadar. Each of the class teachers took their group of students around the display while conducting an interactive discussion. Our Gopa Kuteeram students also chanted the Mahamantra and sang a few verses from the Kaliyaiyum bali kollum Mahamantra Song at the venue. Later the students returned to Namadwaar and participated in Saraswati Pooja celebrations at Namadwaar.
In the Katy Gopa Kuteeram center, students visited two kolus on two Navaratri weekends, one at the home of Smt. Lakshmi and Sri Venkat and another at the home of Smt. Brahan and Sri Hari. They played games based on the kolu displays. Gopa Kuteeram student Ananya Hariharasudhan also shared the story of Ramayana based on the display at one of the homes. In Sugar Land Gopa Kuteeram center, students enjoyed the kolu display at the residence of Smt. Meenakshi and Sri Venky ji and played games based on it. In Clear Lake Gopa Kuteeram center, students enjoyed the kolu display at the residence of Smt. Saraswathy and Sri Muthuraman. 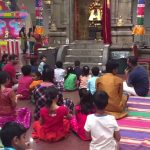 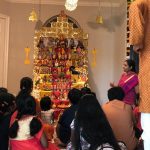 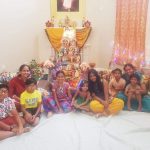 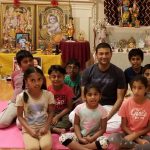 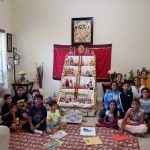 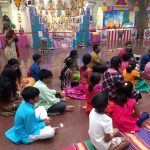 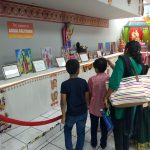 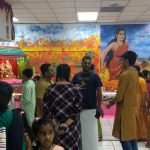 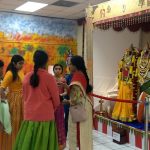 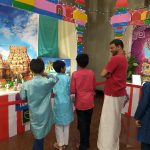 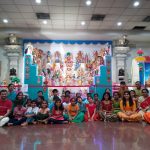 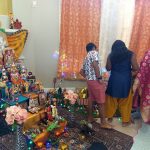 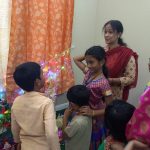