On the occasion of Sri Swamiji’s Jayanthi and Gopashtami, Nama sapthaham was conducted in the Tri-valley area (Pleasanton, Dublin and San Ramon)for 7 days from Friday, October 20th to 27th and culminated with a beautiful Govinda Pattabhishekam satsang.

On the culmination day, parayanam of the 4 chapters pertaining to Govinda pattabhishekam from Srimad Bhagawatham was done which was followed by Pushpa Varsham and singing of the madhuragitams. Bhakthas who joined the satsang felt immensely joyous and enriched after the continuous 7 days of nama showers!

Gopashtami celebrations also took place in South Bay Area in the divine presence of the divine couple on Saturday, October 28th at the residence of Sri.Srinivasamurthy and Smt.Ramya Srinivasan in South San Jose. Kirtans glorifying the divine name ‘Govinda’ was rendered followed by parayanam of four chapters from Srimad Bhagavatam on Govinda Pattabhiskhekam. The satsang concluded with incessant chanting of ‘Govinda’ nama. 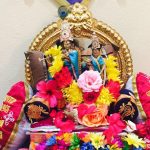 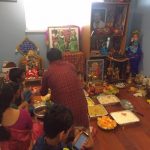 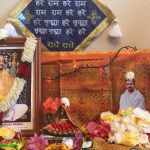 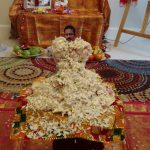 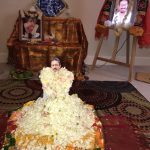 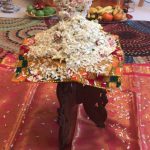 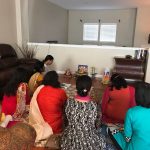 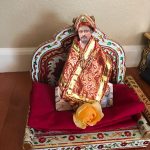 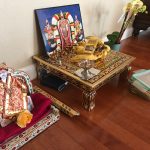 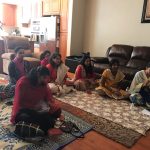