Tukkiri Paati,  a lady devotee whose life was entirely transformed simply by the power of the Divine Name.

Please listen to Sri Ramanujamji’s discourse on Tukkiri Paati and then answer these questions: https://www.youtube.com/watch?v=YiqrpML9hIM 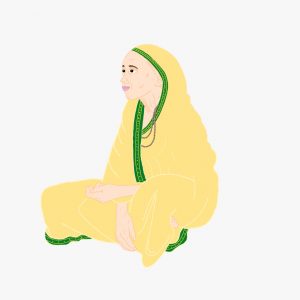 1. Name the birth town of Tukkiri Paati.
a. Kalanchimedu
b. Ariyalur
c. Perambalur

2. What was the birth name of Tukkiri Paati?
a. Durga
b. Lakshmi
c. Saraswathi

5. What was the greatest wealth possessed by Tukkiri Paati?
a. Ancestral Property
b. Education
c. Divine Name (Naama)

6. Tukkiri Paati underwent many trials and tribulations and she eventually got the name ‘Tukkiri’ which means ‘unfortunate’. Fate brought her to the streets in the form of ‘Tukkiri’. How did grace changed her name from ‘Tukkiri’ to ‘Dhukka Hari’?

8. How did she keep track of her Nama count?
a. By counting in her head
b. By putting a small mark with chandan for every 10,000 nama that she chanted
c. She never kept count of the Nama she chanted

9. By the incessant chanting of the divine names, Tukkiri Paati who was once considered
inauspicious by the villagers was transformed and later, all the villagers came running to her supplicating Paati to bless them for all their auspicious events. True or False.
a.True
b.False