In our Sanatana Dharma, most of our scriptures are in the form of questions and answers. There is a listener who asks a question and that forms the basis of the learned speaker’s elaboration. Even if you take the case of Srimad Bhagavatam, Sage Shaunaka and other rishis pose six questions to Suta Pauranika, and that’s how Bhagavatam starts. Similarly at the end of first canto, King Parikshit poses six questions to Sage Shuka, which he explains with the entire Srimad Bhagavatam.

In this vein, the reason for expounding upon Ajamila Charitra can be found at the end of the fifth canto of Bhagavatam. At the end of the fifth canto Sri Shuka speaks about 28 different types of Naraka lokas, the ‘hellish’ worlds where various kinds of punishments are meted out for various types of sins, and which come under the control of Lord Yama, the god of justice. Parikshit, on hearing about this with utmost attention, gets petrified. Immediately he asks how one can be saved from such a dire fate.

Instead of giving a one-word answer, Sri Shuka talks about prAyaschita dharma – doing special worship or good deeds, etc. to atone for the sins. But Parikshit, being the attentive and intelligent listener that he is, observes that while prAyaschita dharma may help in atoning for one’s sins, it does not remove the propensity to commit the sin again in the future. He equates doing prAyaschita to taking great pains and scrubbing an elephant down in a stream. But as soon as the elephant comes out of the stream, it rolls again in the dust, dirtying itself once again! So Parikshit asks intelligently: prAyaschita is only a remedy for a particular offense and does not lead to removal of the tendency to commit the sin again. How then can one get rid of the desire to commit sin, i.e. how can one erase the vasanas that goad one to commit unrighteous acts again and again? (Which is what will truly keep a person permanently away from the suffering of hell.)

Pleased with the question, Sri Shuka says some people can destroy their vasanas by strictly following practices such as doing tapas, remaining in brahmacharya, controlling their mind and senses, giving in charity, standing in truth, remaining pure, practicing non-violence, etc. Like fire can destroy logs of wood, such people’s vasanas are burnt down by their spiritual practices.

But for those who cannot adhere to such stringent spiritual practices as above what is the way to stay away from committing sins? Sage Shuka then explains that those who cannot practice such intense sadhana, can just do bhakti. This group is small in number. Sri Shuka says that in this case, it is like the sun clearing the mist automatically when it rises. Between the first and the second example, the difference is that for the fire to burn logs of wood it takes a long time, but for the sun to clear out the mist, it happens very quickly. 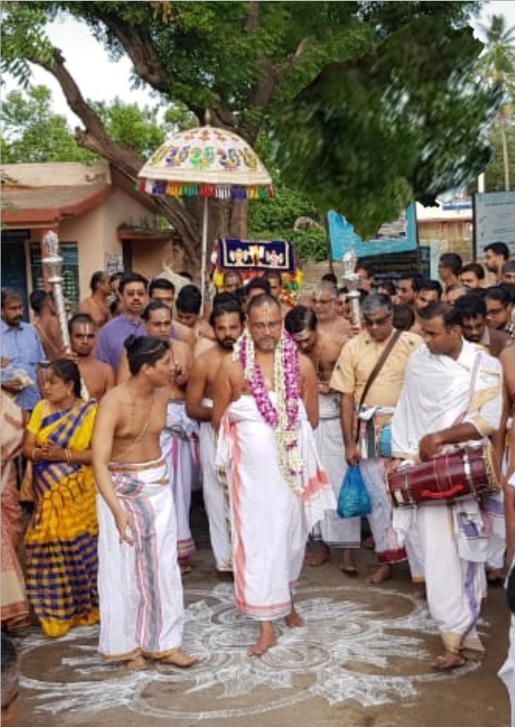 But then, what if a person cannot even do bhakti? What is his path to remedy? For this Sage Shuka explains that if a person is not able to do bhakti, then all he needs to do is to go and get associated with one who is a true bhakta. Just go and serve the person who has real bhakti to Bhagavan. Involve himself in sadhu sangam.  Just being in the mere presence of such a bhakta will remove all sins and vasanas. Then the person does not need to do any other sadhana.

Sri Shuka says to Parikshit, so if one cannot perform any sadhana or cannot even do bhakti, just go and be in the presence of a sadhu or a Guru and just, if possible, serve the Guru. That should be enough to cleanse the person. 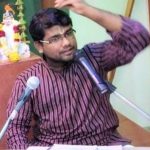 Click here to go back to the Sep 2021 newsletter page:
http://godivinity.org/newsletters/nama-dwaar-newsletter-september-2021/