Mothers who Gave their Children to God 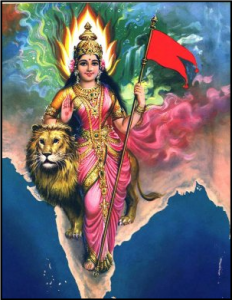 The ‘Mother’ holds a very high position in Sanatana Dharma. She is the epitome of selfless love and is revered immensely, both in society and by our scriptures.

As per our scriptures the sanyasi does not bow down to anyone which includes his father too. But to the mother alone he bows down! In fact, a son can embrace ascetic life only after obtaining the permission of his mother. Isn’t this proof enough for the high esteem in which the mother is held in our Sanatana Dharma? All Mahans, despite renouncing everything, have never been able to give up thinking of the welfare of their mothers!

Sri Sankara as per the word given to his mother came to her at the time of her departure from this world and conducted her cremation. Sri Chaitanya Mahaprabhu, after taking up sanyas, lived close to his mother’s home so she could visit him. During the last phase of her life, Chandradevi the mother of Sri Ramakrishna Paramahamsa, lived with him and he took great pains to keep her happy. Swami Vivekananda did his best to fulfill his devotion to his mother by doing things close to her spiritual heart. He performed pujas at his mother’s house. He fulfilled his mother’s wish of completing her old vow at the Kali temple of Kalighat near Calcutta and performed all the necessary rituals there. Despite his bad health, he took her on a pilgrimage to many places in East Bengal in 1901, just to fulfill her desire to go on a pilgrimage with him.

All mahans have a special place in their hearts for their mothers. At the same time, there have been numerous valiant mothers who have boldly encouraged their sons and daughters (often against societal norms) to follow the most lofty path of love and service to God and Guru.

The land of Bharata (India) gets her name from the continuous line of great saints and devotees born on this soil. How many are the pious souls who have mothered them!

Namdev, the famous Panduranga bhakta, spent all his time in the company of Lord Panduranga. Panduranga was easily available not just to Namdev but also to his mother, wife and children! Unhappy that her son was not giving any attention to the family Namdev’s mother took Lord Panduranga to task. She said, “You do not allow my son Namdev to come home and take care of the family. It is because of You that he is always here in the temple. Send him home.” Lord Panduranga gave a bewitching smile and told her, “Mother! Why can’t you spare Namdev for Me? All mothers hold their sons to themselves and do not permit them to even think of Me, let alone come to Me! Can’t at least one Mother spare her son for Me? Can’t that be you who are devoted to Me?”

From time immemorial there have been several mothers who have taught the Truth to their children. They took joy in sending them away on the mission of serving Guru/God.

A mother whose name is uttered only in passing is Sumitra, one of the queens of king Dasharatha and who mothered twin sons – only to offer them to the service of the two sons of her husband’s other two queens! In the Ramayana, we see how Lakshmana, before departing to the forest along with his exiled brother Rama, goes to his mother Sumitra to take leave of her. He bows down and touches her feet in reverence. Sumitra, a woman of great courage and faith, embraces him and kissing his head tells him, “O Lakshmana! Son! I am highly pleased with your devotion to your brother Rama and feel proud of you!” Further she says, “Son, follow Him not as His younger brother but as a servitor, in order to serve Him! It is indeed your duty to follow your brother Rama; to guard and serve him in the forest. Be vigilant and watch over Rama and Sita. Rama, your brother, is both your Guru and king.  If at the end of 14 years Rama returns to this kingdom, you too come back with Him. But do not return carrying the message of danger to His life. In such a state give up your life first before Him.” Sumitra also cautioned Lakshmana, “When your brother is walking do not look at His Feet; your eyes and mind will get fixed there and that will act as a deterrent to your service (because you will be enamoured by Them).” As she blessed her son and saw him off, milk oozed from her breast as a sign of her motherly love for the son.

Queen Madalasa is well known for teaching the truth even as her baby lay in the cradle. She sang, even as she lightly rocked the cradle,

You are pure, enlightened and spotless: Give up the illusion of the world:
wake from this deep slumber of delusion!
All her sons turned out to be men of wisdom (jnanis).

Giribala Devi, the mother of Mridani who later became Gauri-Ma, one of the great devotees of Sri Ramakrishna Paramahamsa, was very devoted to God. Giribala very kind-hearted was also talented and composed many devotional hymns. A mother of seven children she greatly supported her daughter Mridani’s devotion for God. When their relatives got worried on seeing Mridani’s dispassion for the world, they arranged her marriage when she was only 13 years of age. Upset by this she locked herself inside a room, holding an image of Lord Vishnu and a picture of Chaitanya Mahaprabhu. But Giribala said to her daughter who was in agony, “My child, since you have real dispassion for the world, I shall not force you to marry. I hereby dedicate you to God. May He protect you from all dangers.” Knowing that her husband and relatives would beat up the child and force her into marriage, Giribala secretly sent the daughter to a neighbor’s home. Here the child remained hidden until the anger of the relatives had been appeased. Thus by the grace of God Giribala helped her daughter follow her devotional heart. She later became a disciple of Sri Ramakrishna Paramahamsa.

The motherly bond is unique indeed. These mothers lived such exalted lives. In a world where the norm is that parents hold on to their sons and daughters and often dissuade them from leading a seriously spiritual life or doing Guru kainkaryam while young, there are, here and there, those rare mothers who pray to God to take their children unto His fold, so that they may dedicate their lives to Him.
Let us bow down to those valiant, pure-souled mothers.