By the immense grace and compassion of Sri Swamiji, a grand Madhura Utsav was celebrated by Bay Area GOD Chapter from January 11 to January 17 2017 in the presence of Sri Ramanujamji. Bay Area devotees were truly blessed to take part in this beautiful Utsav and it was indeed a fitting welcome to 2017. Sri Ramanujamji delivered a wonderful discourse series on ‘Bhakti Yogam’ from Chapter 12 of Bhagavad Gita at SVCC temple from January 11 to 17 from 7:30 to 9pm. The lecture sessions commenced with rendition of kirtans composed by Sri Swamiji followed by recital of Bhagavad Gita Dhyana Slokas and Slokas from Chapter 12 Bhagavad Gita. Close to 70 people attended the lecture with awe and reverence. The lectures concluded with Bhagavad Gita Harathi and Dolotsovam everyday. On Saturday, January 14th 2017, Thirunmanjanam was performed to the lordships. On Sunday, January 15th 2017, Janavasasam for the Lordships took place after the lecture. The lordships were taken separately in a beautifully decorated palanquin and garlands were exchanged to the singing of kirtans. On Monday, January 16th 2017, Andal Kalyanam was performed. The divine wedding of Andal and Ranaganatha was performed in a very grand manner and everyone took part enthusiastically.On Monday, Deepotsav was celebrated after the lecture. Lamps were lit and Madhuragitam kirtans were rendered. The lecture series culminated with Hanumad Utsav on Tuesday, January 17th 2017. 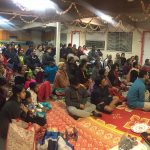 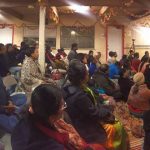 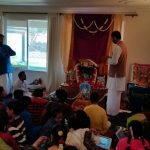 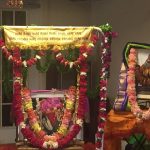 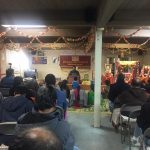 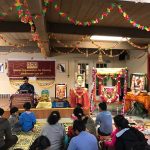 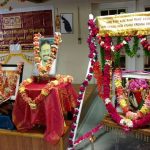 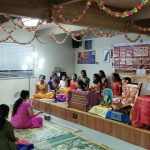 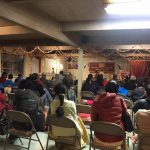 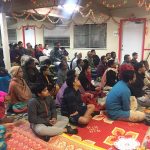 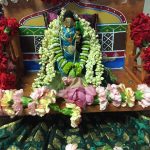 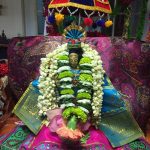 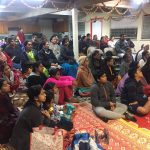 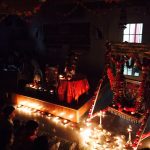 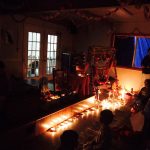 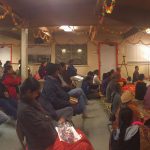 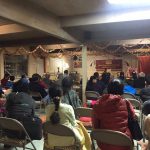 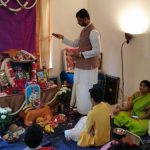 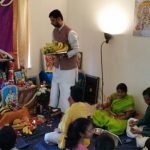 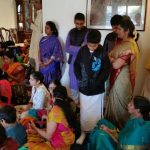 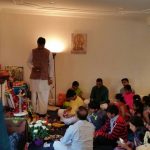 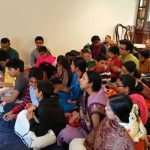