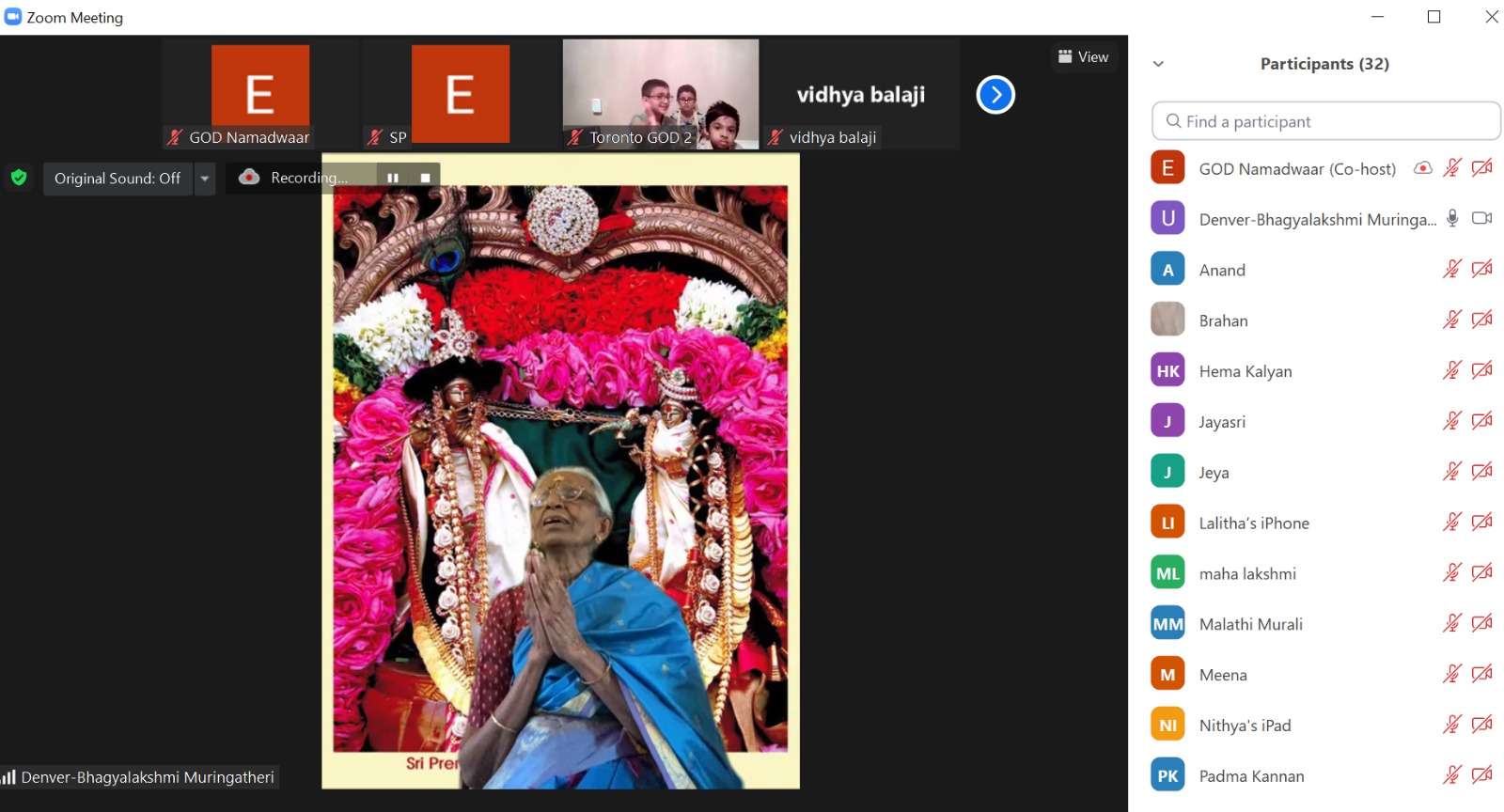 Utsav commenced on 20/Aug with the reading of Srimath Bhagavata Mahatmiyam from Padma Purana. On 21/Aug Srimath Bhagavatha Parayana began with 1st canto. Bhagavatha families took turns to read each chapter and Parayanam continued as per the prescribed Saptaham norms until 27/Aug. 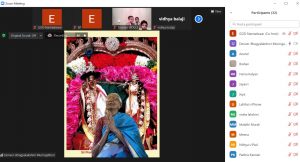 From 27/Aug 108 Gopi’s & Gopa’s hailing across 25+ North American cities were blessed to take part in Srimath Bhagavatha Dasama Parayanam – where in 90 chapters of 10th canto and Pancha Stuti was exclusively read by children of Age 4 – 24. For those little kids in the age group of 4 – 8, their Parents helped them to read it sloka by sloka.

Entire satsang was conducted online through Zoom between 8:00 AM – 8:00 PM EST.

Utsav culminated on the 29/Aug which happened to be auspicious Janmashtami day with group recital of Vishnu Sahasranamam, Bhagavad Gita Chapter 12, Ashtotra Namavali, MadhuraGitams and Bhagavatha Arathi. It is to be noted that many families were first timers to Bhagavatha Parayanam during this Utsav. Sri Ramanujamji – senior disciple of Sri Swamiji joined the Poorthi Utsav and delivered Sri Swamiji’s blessing message with Prayers for more such celebrations in the years to come.