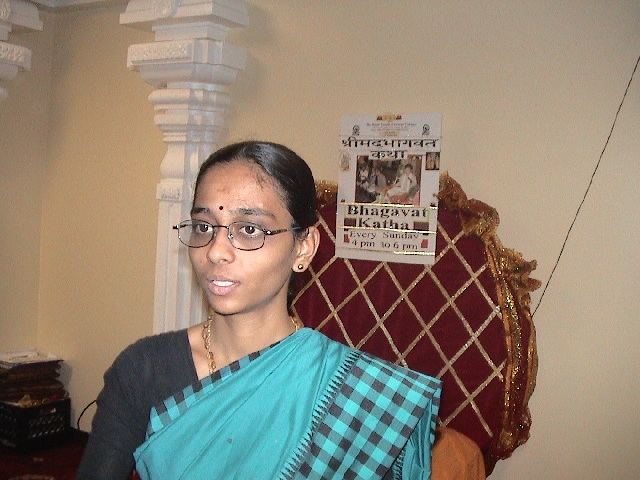 Poornimaji spoke on ‘Essence of Ramayana’. There was a good receptive crowd. Poornimaji beautifully delivered the following message – “Hanumanji after seeing Seetha Devi, starts to talk by saying “Ma, I have brought the ring which has the name ‘RAMA’ on it”…Hanumanji, Himself comes as Guru to the jeeva, who constantly thinks of the Paramathma, and with his immense grace, brings the Paramathma(God) to the jeeva.” The crowd was totally attracted by Poornimaji’s speech. With tears in their eyes sang the Mahamantra along with her.