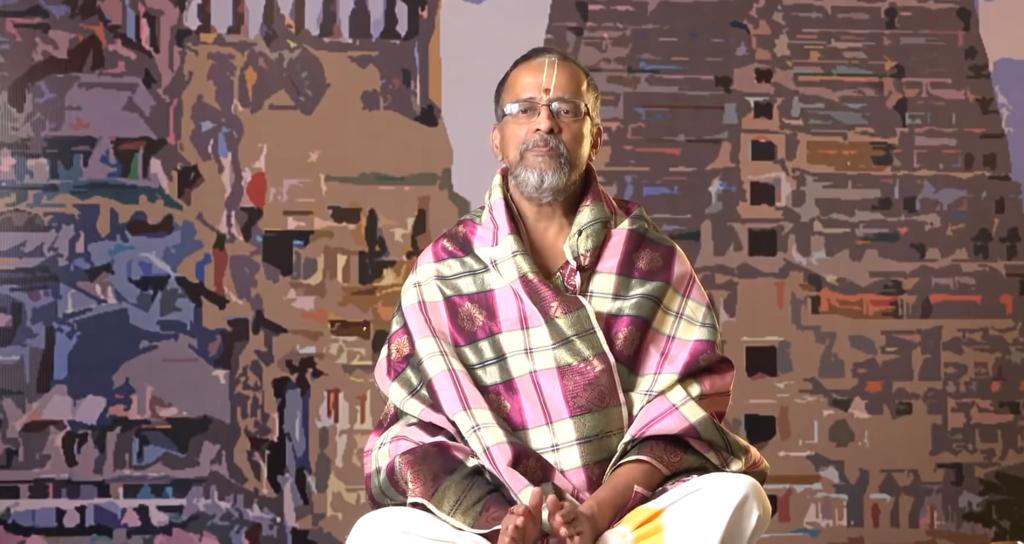 By Guru Krupa, and as ordained by our beloved Guru Maharaj, HH Maharanyam Sri Sri Muralidhara Swamiji, Global Organization for Divinity celebrated Margazhi in a grand manner through our worldwide initiative, Spirit of Margazhi Utsav from December 15th 2021 to Jan 14th 2022.

The 30 day series in this Utsav, aptly named as Rise of Margazhi by our beloved Master, pivots around showcasing various arts and art forms that form an integral part in our Bharatiya Samskruti, especially around the divine season of Margazhi. These include Thiruppavais, Indian classical music and dance, Prasadams and Divine offerings to the Lord as well as Traditional Treasures.

In the Rise of Margazhi series, the central premise of our classical music and dance offerings are Madhurageethams, divine compositions of Sri Swamiji, along with other Saint composers. This year, we premiered over 45 Madhurageethams, rendered by 207 artists over a span of 30 days. These offerings were rendered by stalwart musicians, eminent dancers and some of the most renowned and illustrious artists who are in the kutcheri buzz today. Besides Carnatic music and Bharatanatyam, this year’s festival also paved way for Hindustani music and a special segment on Abhangs as well as Odissi and Kuchipudi dance forms. Some of the other segments included conversations and demonstrations around neivedyams and recipes, couture, kolams, and harikatha.

Two special segments deserve to be highlighted in the series – 1) Nectar-in-a-Pod that depicted the “leelanubhavam” and stories around the featured Madhurageethams through animated illustrations and story-telling and 2) A thematic, “Nritya Natakam”, Praise of Seven Hills, based on the Madhurageethams and shlokams composed by Sri Swamiji on Lord Srinivasa.

The jewel on the crown was Sri Swamiji Himself gracing us with His presence, in the form of an Anugraha Bhashanam on the auspicious day of Makara Sankranthi.

The programs are available on Spirit of Margazhi YouTube channel for all rasikas to savor.

Team Spirit of Margazhi thanks all rasikas, volunteers, donors and patrons for their unconditional support and places the abundant success of this event at the Lotus Feet of our Guru Maharaj.