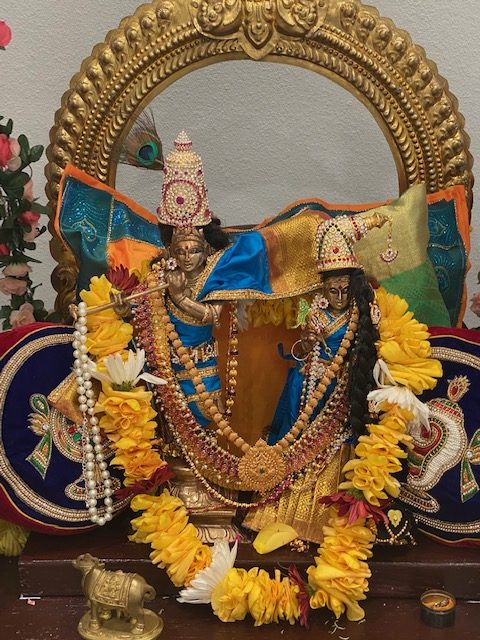 By the immense grace of Sri Swamiji, Bheeshma Ashtami was celebrated in two satsangs on Friday and Saturday in Bay Area. On Friday February 19th 2021, Vishnu Sahasarnama was chanted by all the devotees in addition to Mahamantra chanting, followed by a short discourse on the greatness of Vishnu Sahasarnama by Smt. Uma Ramgopal. On Satuday, February 20 2021, GOD Bay Area conducted a special weekly satsang to commemorate the auspicious occasion of ‘Bheeshma Ashtami’. Satsang commenced with Mahamantra Chanting followed by Vishnu Sahasarnama recital. Following this, each family on the call came together and recited Bheeshma Stuti and then Madhurageethams on Bheesma were rendered. The satsang continued with a discourse on Bhishmacharya and how Bheesma offered his mind, heart and bhakti to Lord Krishna thus making his life complete. By chanting the divine names of Lord Krishna, by reveling in the divine stories and kirtans of Lord Krishna will transform all the worldly-desires (trishnA) to Krishna trishnA. The first sloka of Bheesma Stuthi is the essence of the entire stuti akin to the first sloka of Vishnu Sahasarnamam. Following the discourse, the satsang concluded with Prayers and Harathi. Close to 20 devotees attended the special satsang. 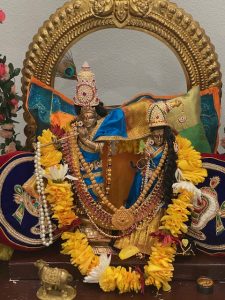