Bay Area:
By the immense grace of Sri Swamiji, GOD Satsang was blessed with a special satsang led by Sri Ramanujamji on Saturday, November 22 2021. The satsang commenced with Nama SAnkirtan and then few volunteers gave a short presentation beautifully summarizing the various activities in Bay Area. Following this, Sri Ramanujamji gave a wonderful discourse on the greatness of Satsang and Guru Mahima. Close to 60 members were blessed to take part in this special satsang. The satsang concluded with prayers and Arathi.

Orlando:
By the causeless mercy of Guru Maharaj, GOD Satsang Orlando had a blissful special satsang with Ramuji. The event was conducted at the residence of Ranjini ji/ Nagarajan ji, and was attended by about 35 devotees. The satsang included Mahamantra chanting, Vishnu Sahasranamam, Madhurageetams followed by blissful talk by Sri Ramanujam ji through Zoom. 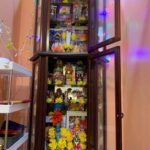 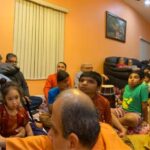 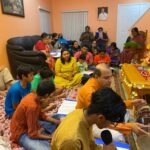