Anybody who does the dharshan of lord Jagganathar during the Ratha Yatra, touches the rope to pull the chariot, or does even a small seva will be abundantly blessed.”

“Oh what a mercy! Virginia Namadwaar devotees were very fortunate to get the above benediction from our beloved Sri SwamiJi.

It was a lovely Sunday morning on June 4th 2017, and the beautifully adorned chariot was waiting for Lord JaggannathJi Parivar at Pouncey Tract Park in Richmond, VA. The festive mood set in as the Yathra began. Many were holding JagganathJi pariwar banners and Nama flags. When Jagganathji arrived, he was carefully seated in his own chariot. Initial Pooja was performed while other devotees were chanting Nama. The park was reverberating with Nama. Following the Pooja, Guru kirtans were rendered. Lord JagannathJi Parivar and Sri SwamiJi were showered with flowers. As the chariot was being pulled, the little kids became excited and wanted to join in. Throughout the yathra, Lord Jagnannatha stopped to listen to the singing of namavallis and the little girls performed kolatam, followed by the ladies also doing a kolatam. The yathra was an hour and a half of pomp and celebration of Lord Jagganatha. This was a unique occasion which blends divinity and fun. The devotees who attended felt more connected to the Lord and to our traditions. The Yathra was concluded with the Kaliyayum BalikoLLum kirthan and an Aarthi. The Chappan bhog was offered to the Lord and lunch Prasad was distributed. All 120+ devotees who attended felt blessed to be a part of this event.

We thank all devotees who attended the Ratha Yathra and made this a success. Our special thanks to the people from Atlanta Namadwaar who drove 10+ hours to attend the Yathra. Their presence augmented our joy.

Our humble praNaams to SriSwamiJi for blessing us with a successful pilot event, starting from the making the ratham to concluding the Ratha Yaathra, and prayers to His Lotus feet to bless us with more Utsavs in the coming years. 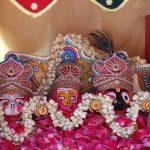 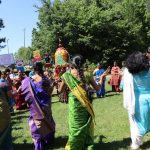 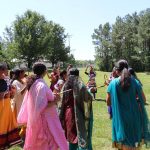 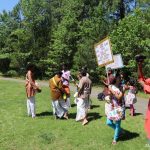 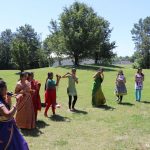 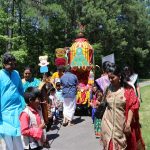 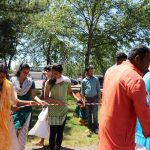 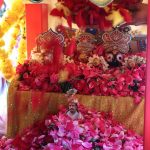 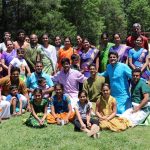 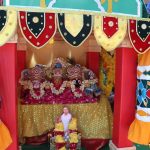 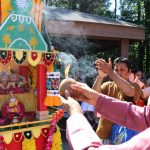 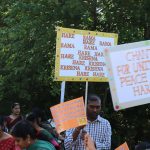 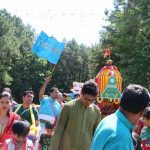 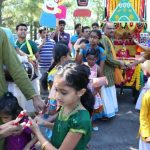 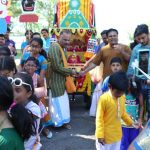 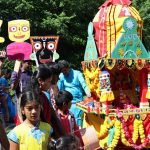 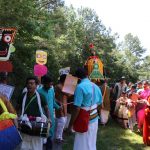