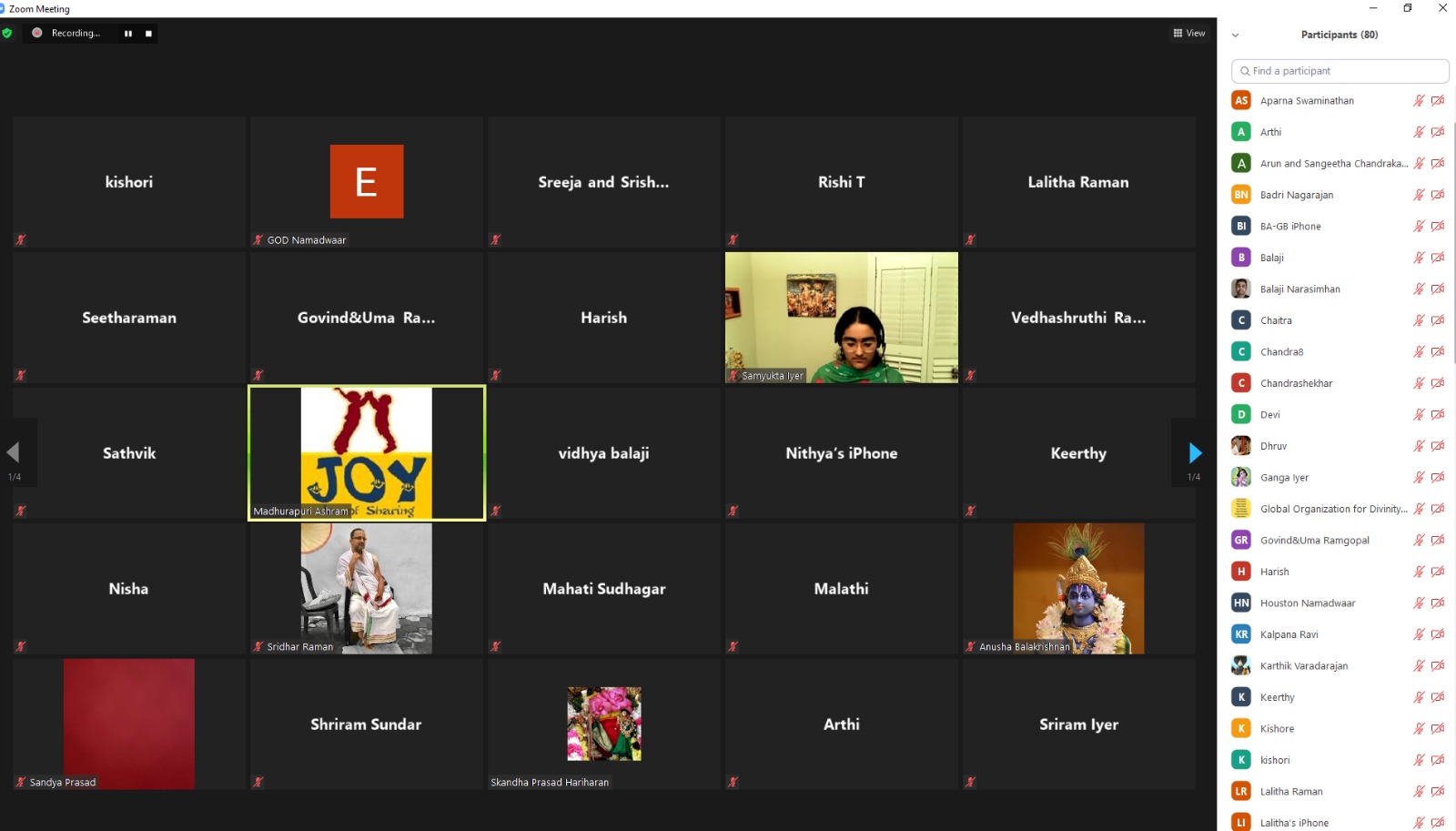 Entire satsang was conducted online through Zoom between 8:00 AM – 8:00 PM EST daily. For those little kids in the age group of 3 – 8, their Parents helped them to read it sloka by sloka.

On Poorthi Utsav, kids did recite Ashtotra Namavali and Ramayana Arathi. It is to be noted that more than half of the participants were first timers to Sundara Kanda Parayanam during this Utsav.

Sri Ramanujamji – senior disciple of Sri Swamiji joined the Poorthi Utsav and conducted a Poorthi Satsang with Prayers for more such Bala Bhagavatha Utsav’s in years to come. 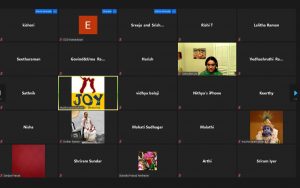 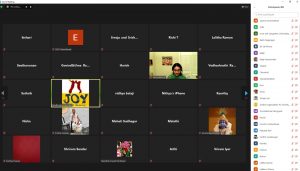