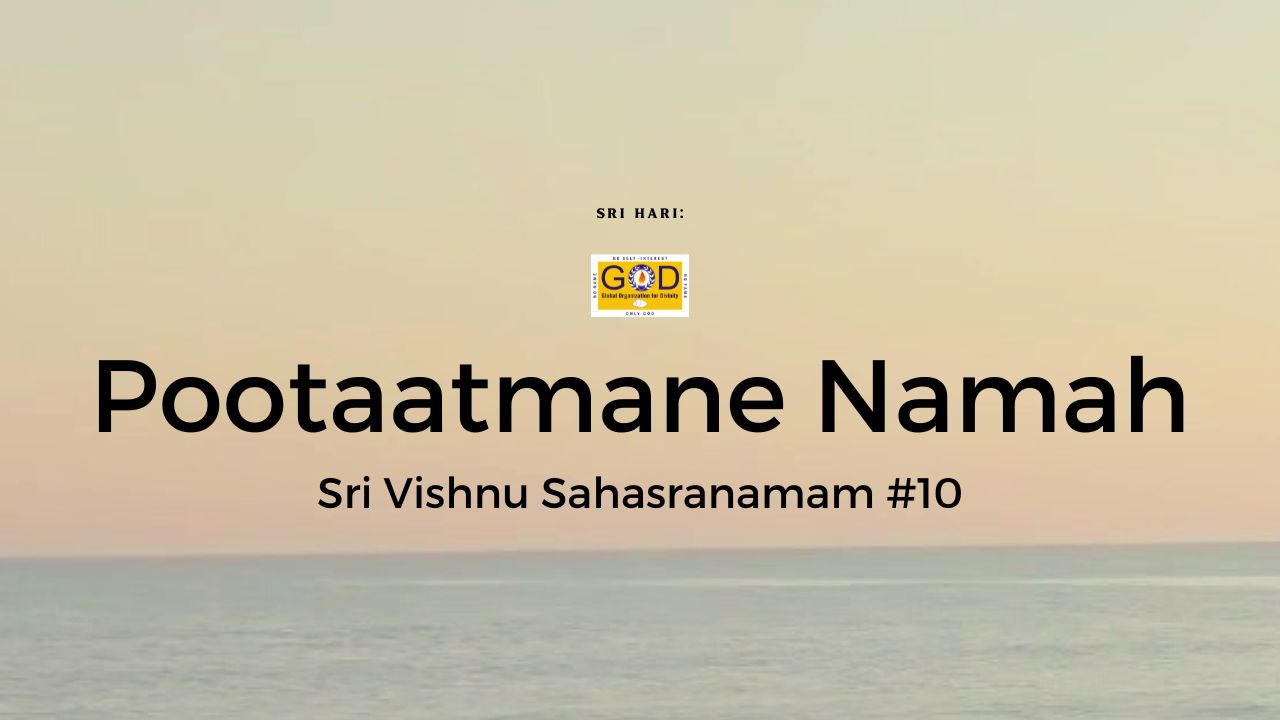 ‘pUtAtmA’ means one with a pure self. ‘pUta Atma yasya sa pUtAtmA’. Bhagavan is called ‘pUtAtmA’ because He is not tarnished by the association of the three gunas or by any actions like in the case of a jeeva. In the divine names ‘bhUtabrut’ and ‘bhUtakrut’ we discussed how Bhagavan is the one who creates this universe, sustains this universe and He is the one who destroys this universe. So, when Bhagavan creates this universe or sustains this universe, for doing all these things, He needs to associate Himself with the rajoguna, sattvaguna and tamoguna. Is it not? But though Bhagavan takes up these gunas, He is not affected by them; He is not tarnished by them. So, He is called ‘pUtAtmA’. Similarly, every action a jeeva does, binds the jeeva. But in the case of Bhagavan, it does not bind Him. So Bhagavan is the creator, He is the destroyer. He does all these actions of creation, sustenance and destruction but still these actions do not bind Him. They do not tarnish Him. So, he is ‘pUtAtmA’. That’s why in Kalidharma Undiyar, our Guru Maharaj beautifully sings,

With that prayer, let us offer this day to Bhagavan by chanting Mahamantra three times.