The Story of Parikshit

After the Mahabharata war, full of anger, Ashwathama wanted to destroy the Kuru Dynasty. He knew Uttara was expecting a baby who would be so far the last prince of the Kurus. If he killed the baby, the Kurus will be destroyed. 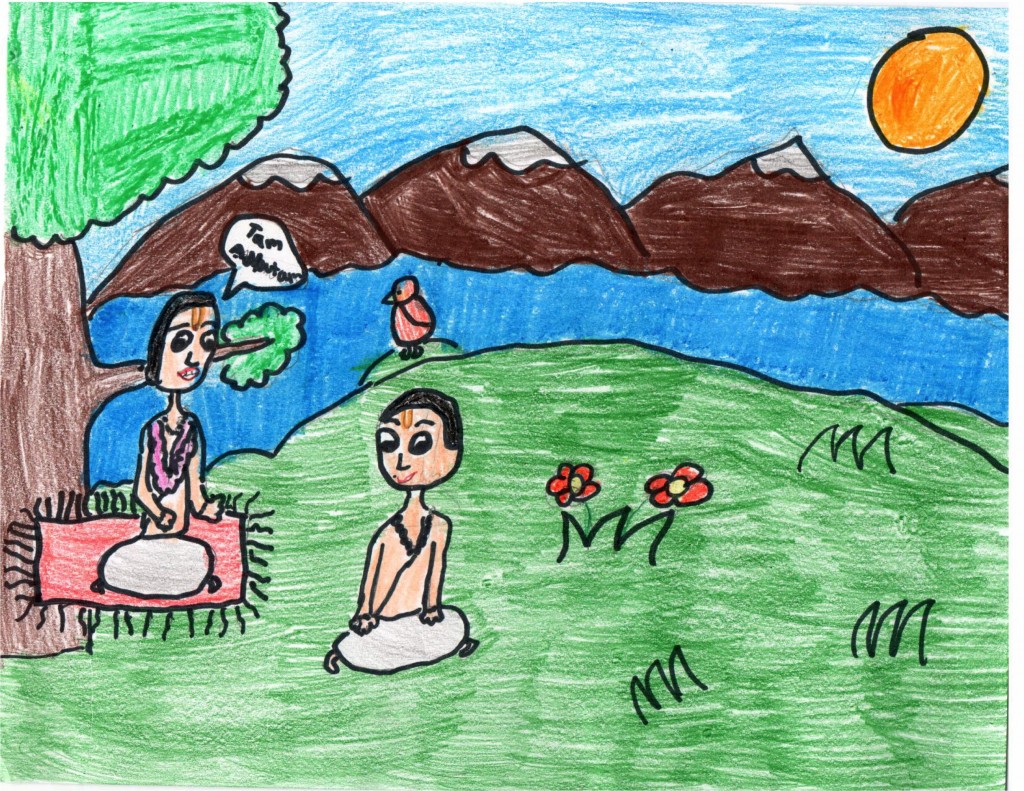 He put the Brahmasthram on Uttara who surrendered to Krishna saying, “Oh Krishna, please save my child. I shall give up even my life for my baby. My baby should at least survive.” Krishna made himself very small and protected the baby with his Sudharshana Chakra.

In due course, the baby was born. They named him Parikshit. After Parikshit became king, Kali (Demon of Kali Yuga) came inside Parikshit’s kingdom. Parikshit was about to kill him and Kali surrendered. Parikshit then gave Kali  5 places to be in: Where there is gambling, drinking alcohol, murder, greed, and adharmic women.  The only reason why Parikshit let Kali survive was because Kali was the only yuga where one easily could reach Bhagavan just by simply chanting his name.

One day, Parikshit was feeling very hungry. He came across an ashram in which Sage Samika lived. But  Sage Samika was actually in Samadhi but Parikshit was angry because he thought Sage Samika was pretending to be in Samadhi. He put a dead snake on the sage’s neck. As he walked home he felt very bad for what he did. After Shringi, Sage Samika’s son returned from wherever he went,   he saw the snake on the sage’s neck. He was totally enraged. He said, “Whoever put this snake on my father will die in exactly 7 days.” When Parikshit heard about the curse, instead of groaning over it Parikshit was overjoyed. He was happy that he was going to face punishment for the mistake.

Parikshit went to the banks of Ganga and prayed, “Oh Krishna, please help me!”  Krishna told Suka to go to Parikshit and tell Bhagavatam to him. Suka went and narrated Bhagavatam to him for exactly 7 days. At the end of the 7 days Lord Krishna himself came and took Parikshit with him to his abode, Vaikuntam. All Parikshit had to do to attain god was listen to Bhagavatam.

One Response to "The Story of Parikshit"