Tukaram was a great devotee of Lord Panduranga. Read this story about him. 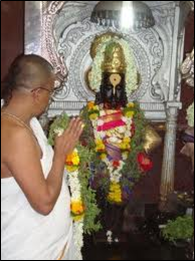 One day, Tukaram was at his shop singing bhajans about Panduranga, when three rogues dressed as sadhus came up to Tukaram and said, “Tukaram, we are Panduranga bhaktas. We are holding a satsang at our house and we need lot of food for it. We don’t have the money right now, so we will pay you back later.”

Tukaram was a great devotee of Panduranga, so he never asked for money if the customer’s reason to get anything from his store had something to do with Panduranga. He wouldn’t even care to ask when they would pay.

So he did not know that they were fake sadhus trying to cheat him. He just gave the food and all the money he had with him.

Tukaram replied, “Dear wife, I cannot refuse bhaktas, whatever they may ask. It is like refusing Panduranga Himself!”

Such was the bhakti of Tukaram! 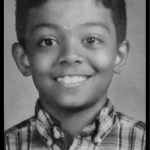 (We welcome stories, articles, poems and artwork by children of all ages. Please send your contributions to newsletter@godivinity.org)