With the immense grace of Sri Swamiji Janmashtami was celebrated with great fervor in Houston Namadwaar. It was August 16th evening when approximately 70 devotees thronged Namadwaar premises to celebrate the birth of the glorious Lord. The evening commenced with the chanting of Krishna Jananam from Srimad Bhagavatham followed by Purusha Sooktham. The Lord’s birth was celebrated by the overjoyed gopas and gopis who performed kolattam around his cradle. The divine couple was taken out on a procession and the pot breaking ceremony was the highlight of the procession. Gopas and Gopi’s had curd and butter raining on them as they broke the pot. This was followed by Bhajanai.

Srimad Bhagvatha Sapthaham commenced on August 16th with Bhagavatha Mahatmyam discourse followed by seven blissful days of Srimad Bhagavatha Katha Sravanam in English and Malayalam by Sri Radhakrishnan Nair. Rukmini Kalynanam was celebrated on August 22nd. Sapthaha poorthi on August 23rd  was celebrated by chanting Hanuman Chalisa 108 times and a grand vada mala for Hanumanji beseeching Anjaneya Swami to bless everyone with humility and more and more service to the lord.

On Augusr 30th 2014, being the auspicious day of Swathi star, continuous chanting of Mahamantra took place in Namadwaar from 7am till 7pm . It was followed by Bhajanai and dinner Prasad. 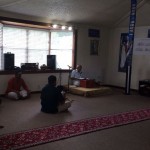 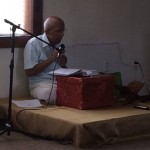 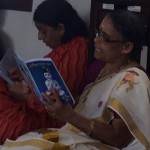 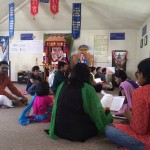 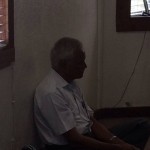 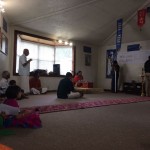 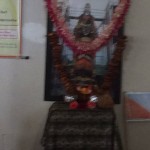 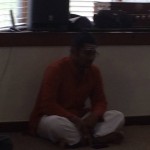 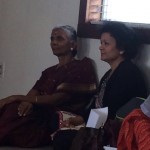 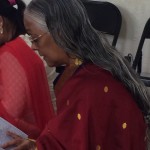 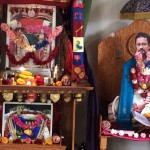 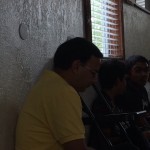 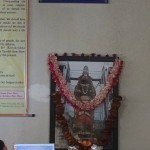 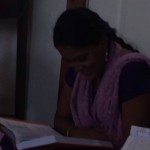